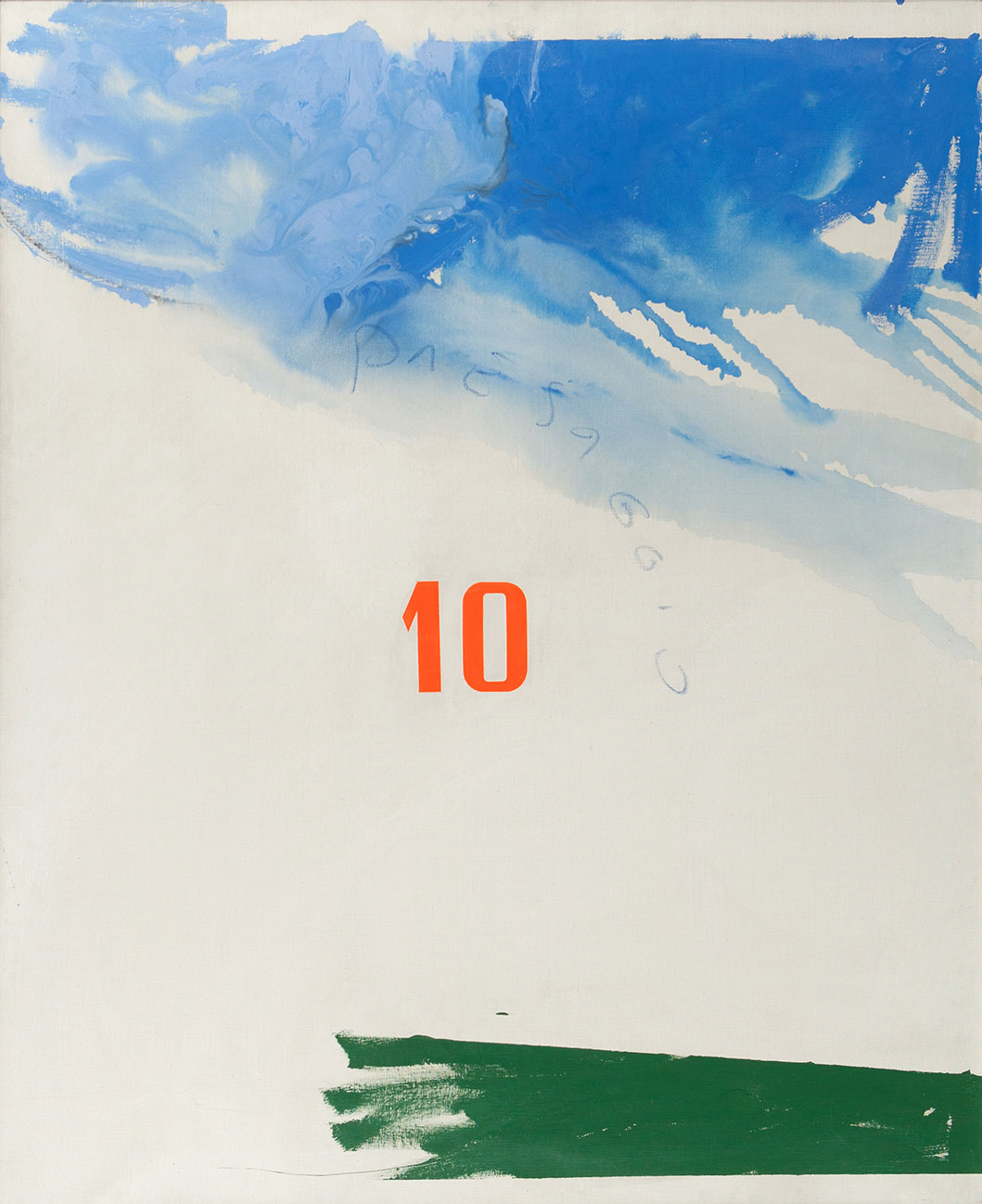 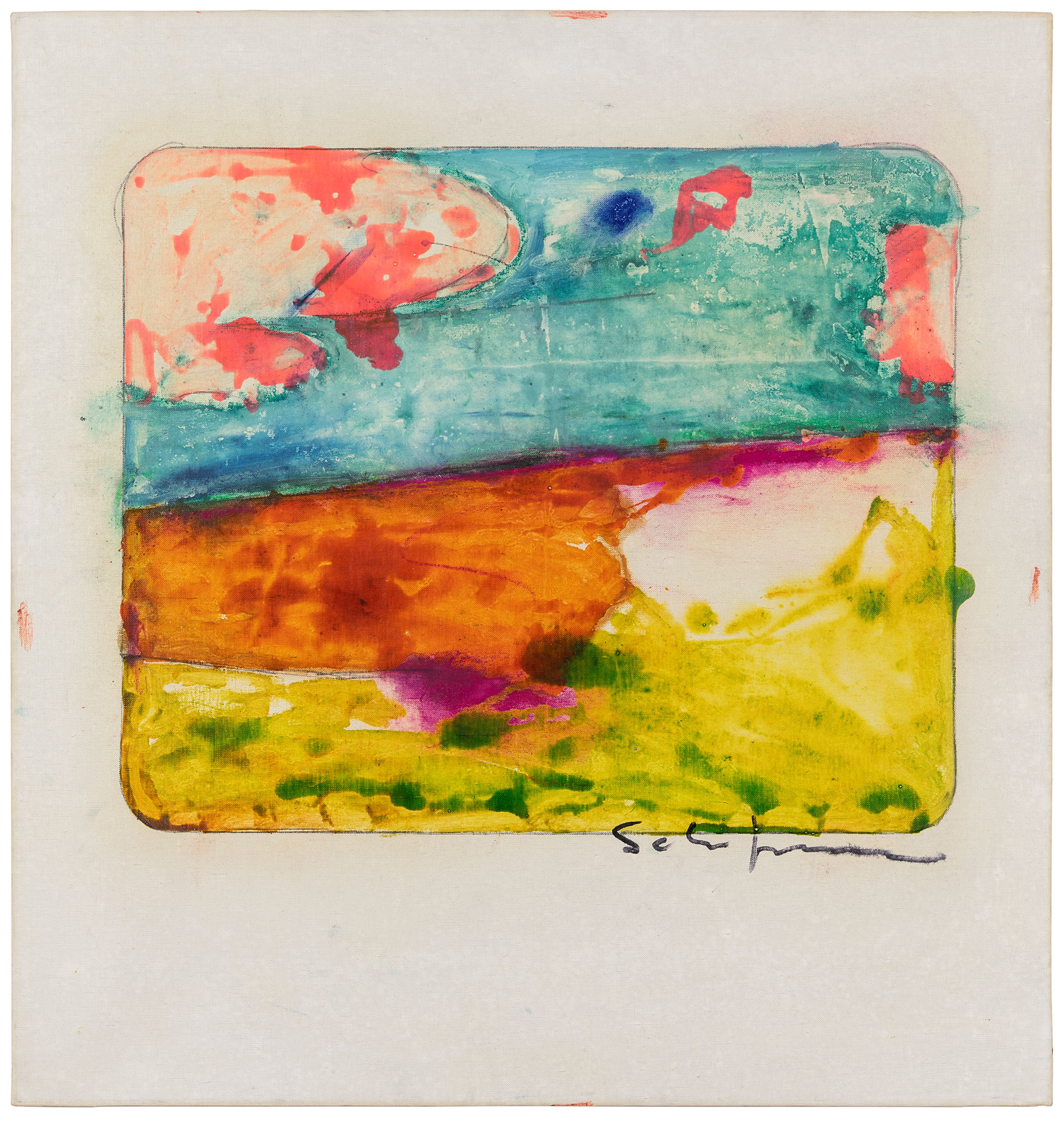 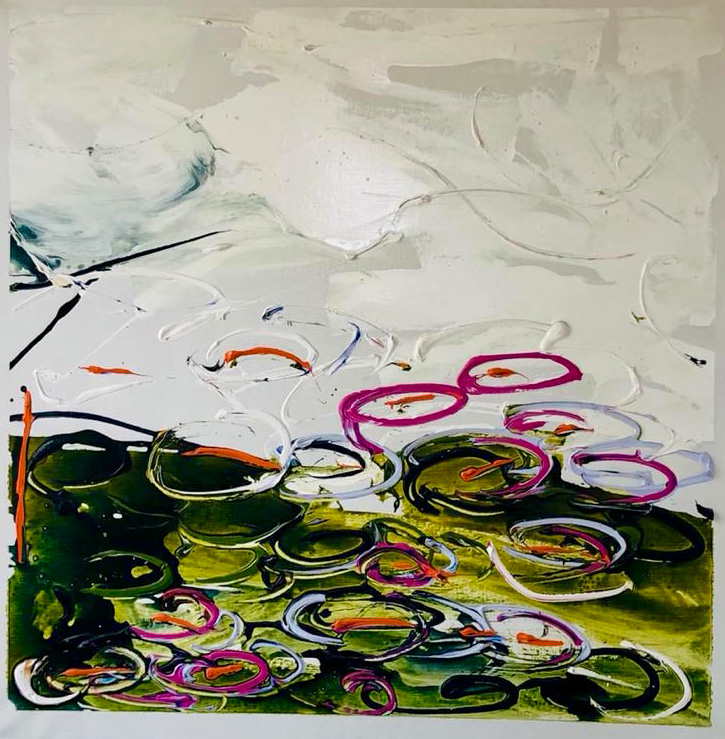 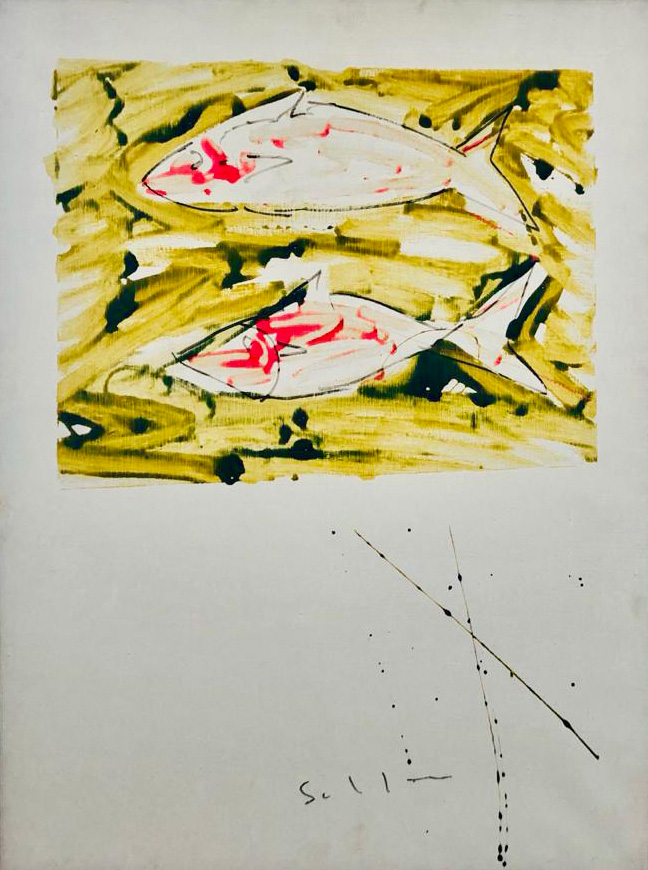 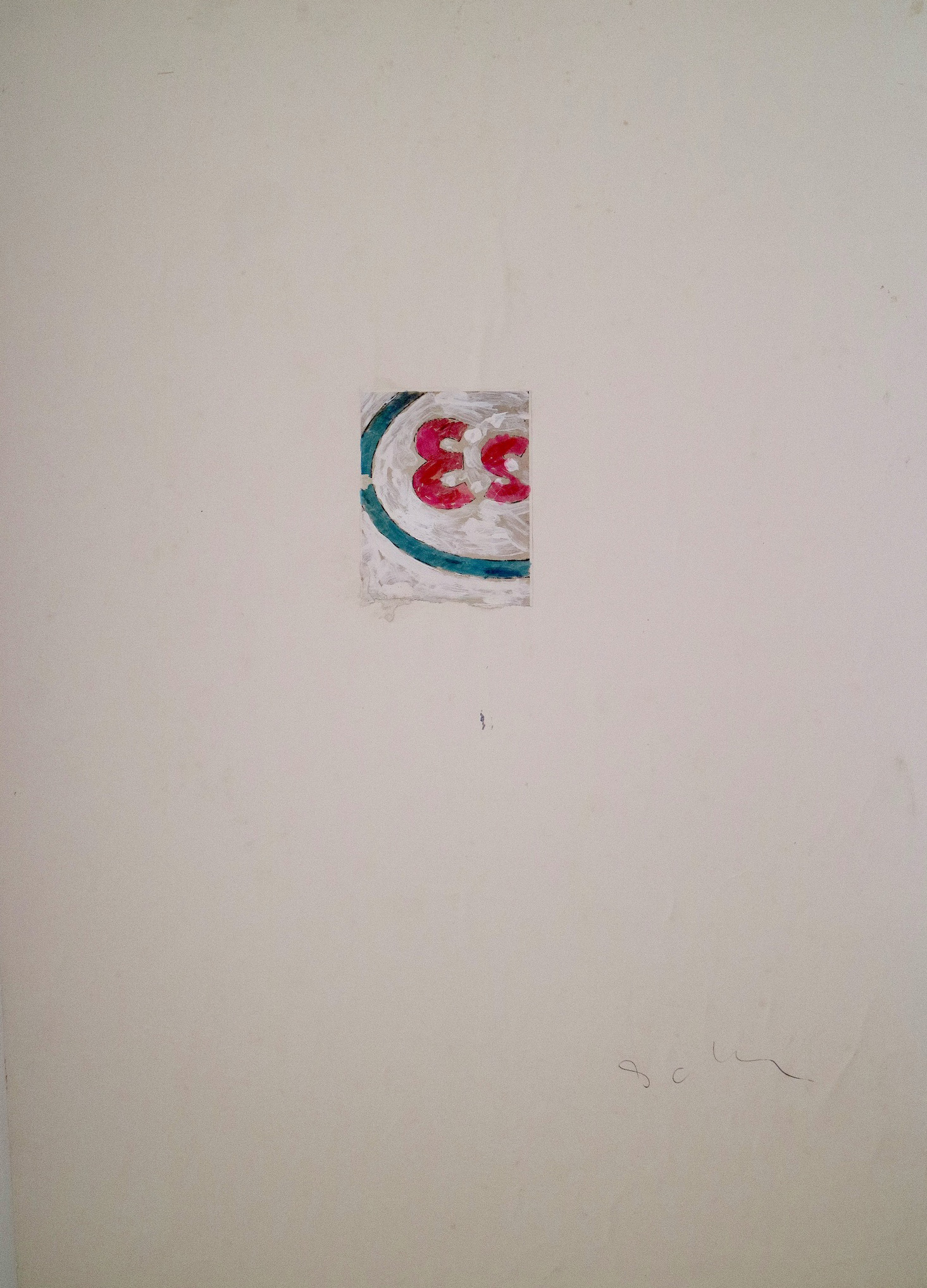 Enamel and collage on paper mounted on canvas, 100×70 cm 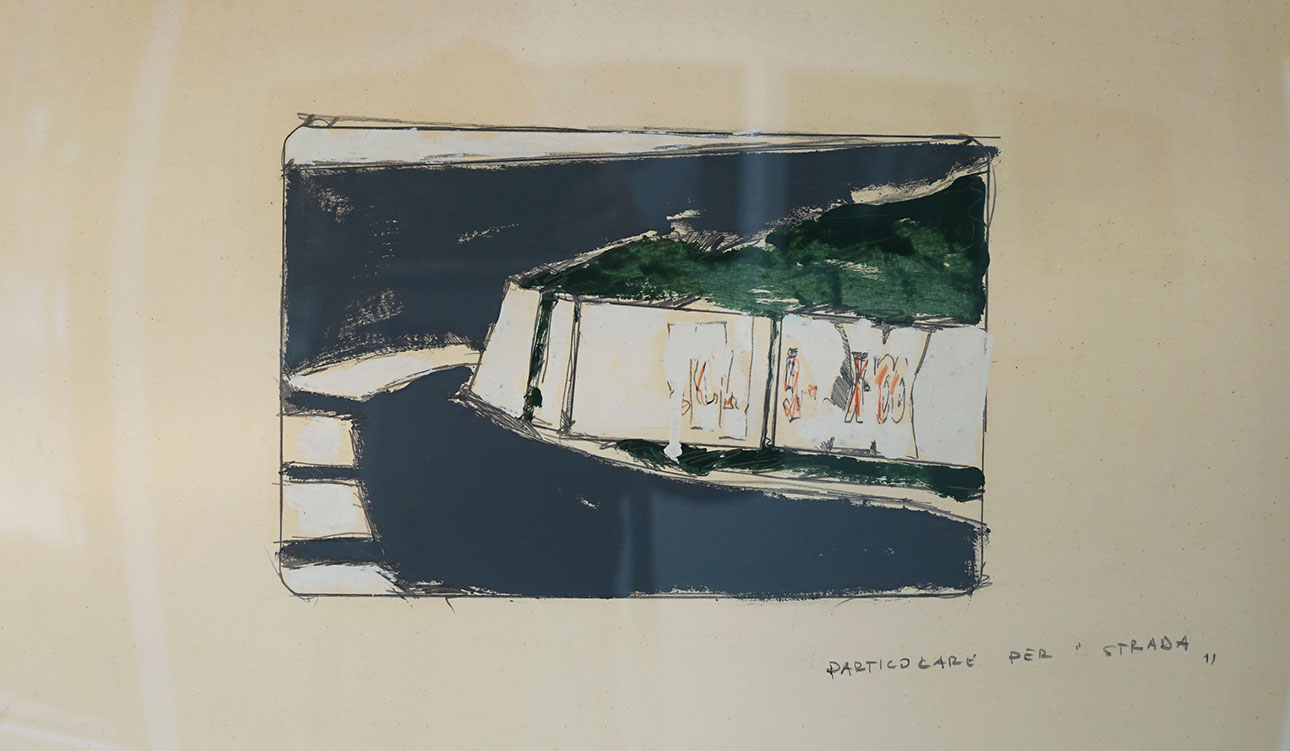 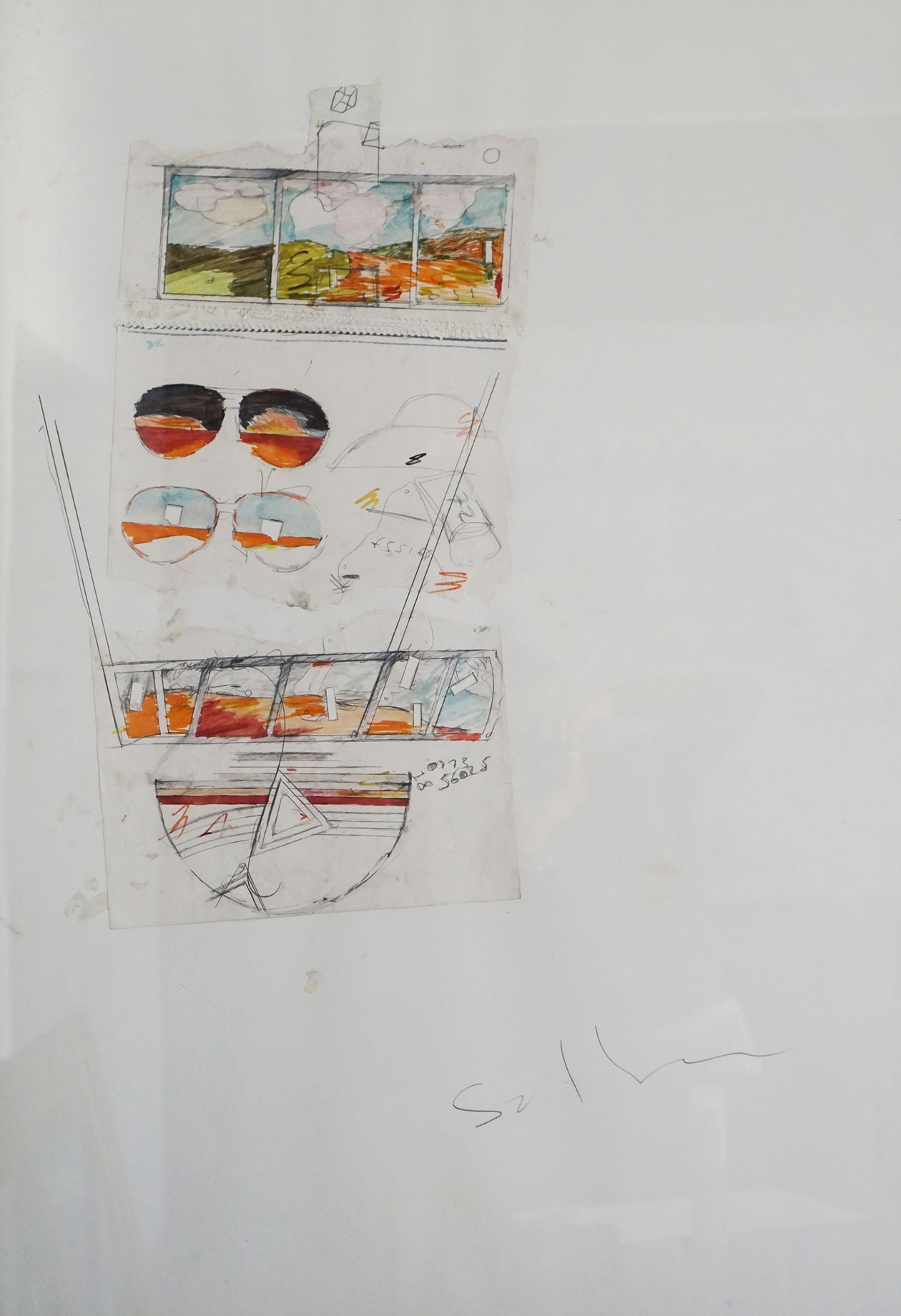 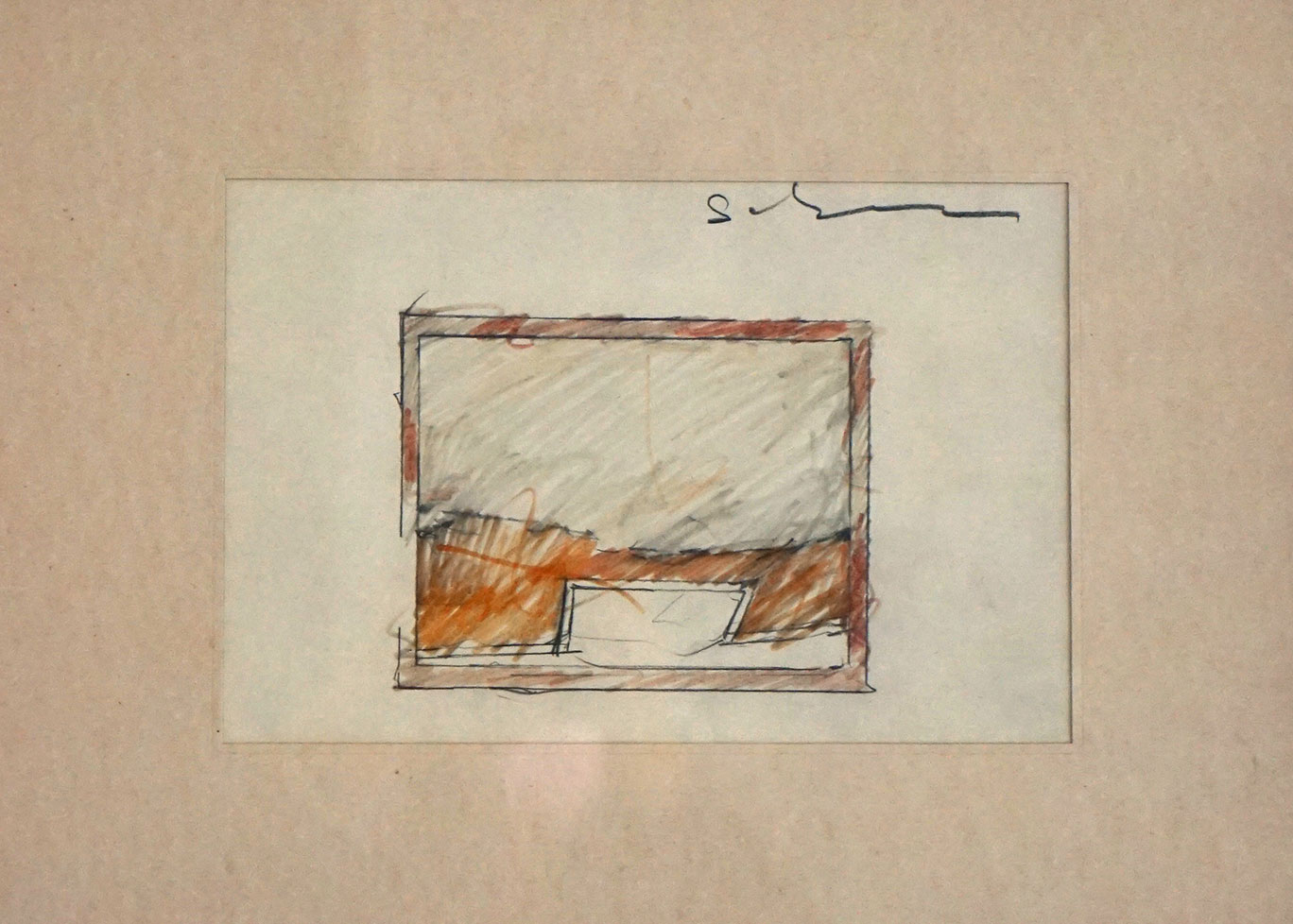 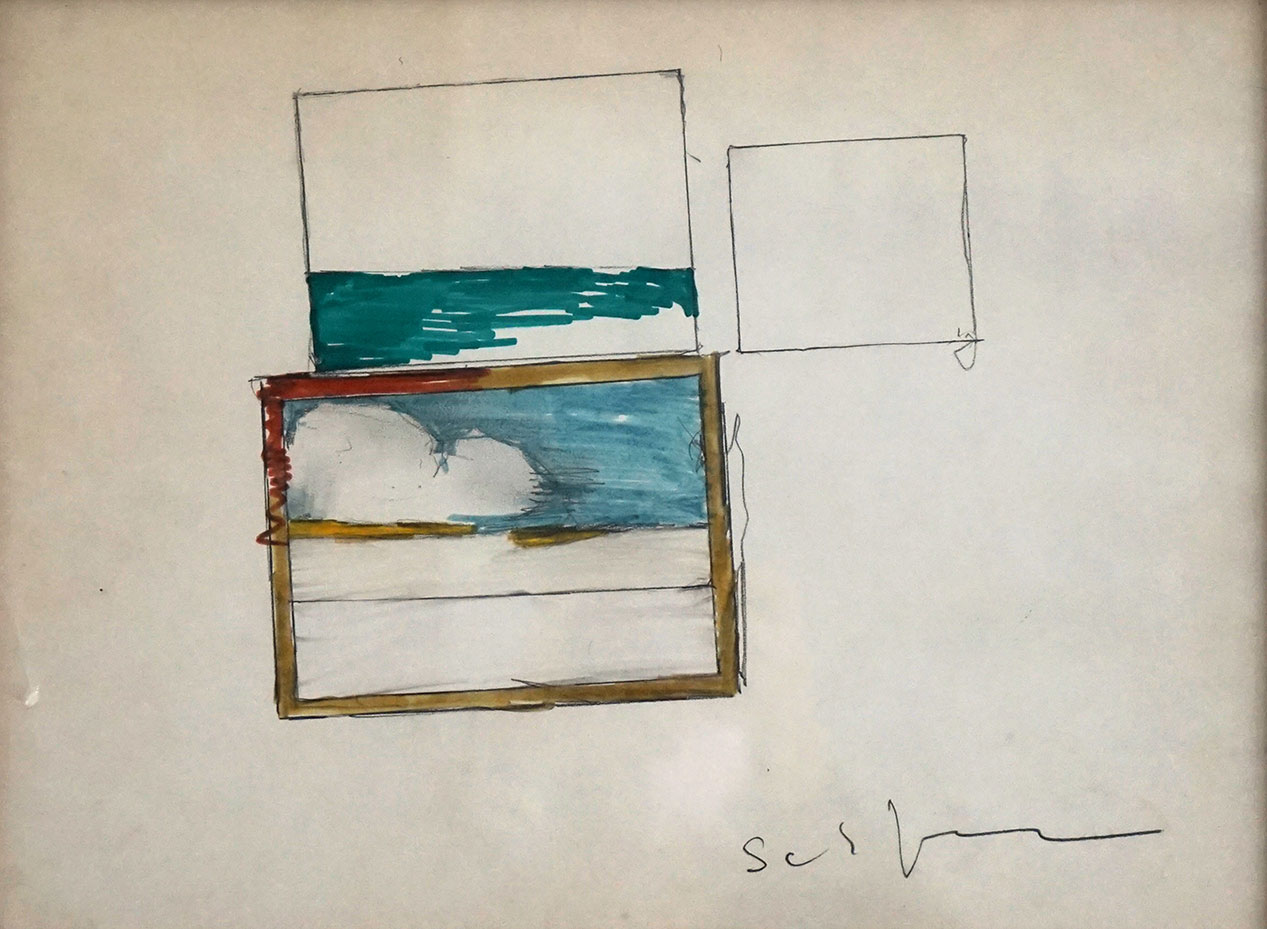 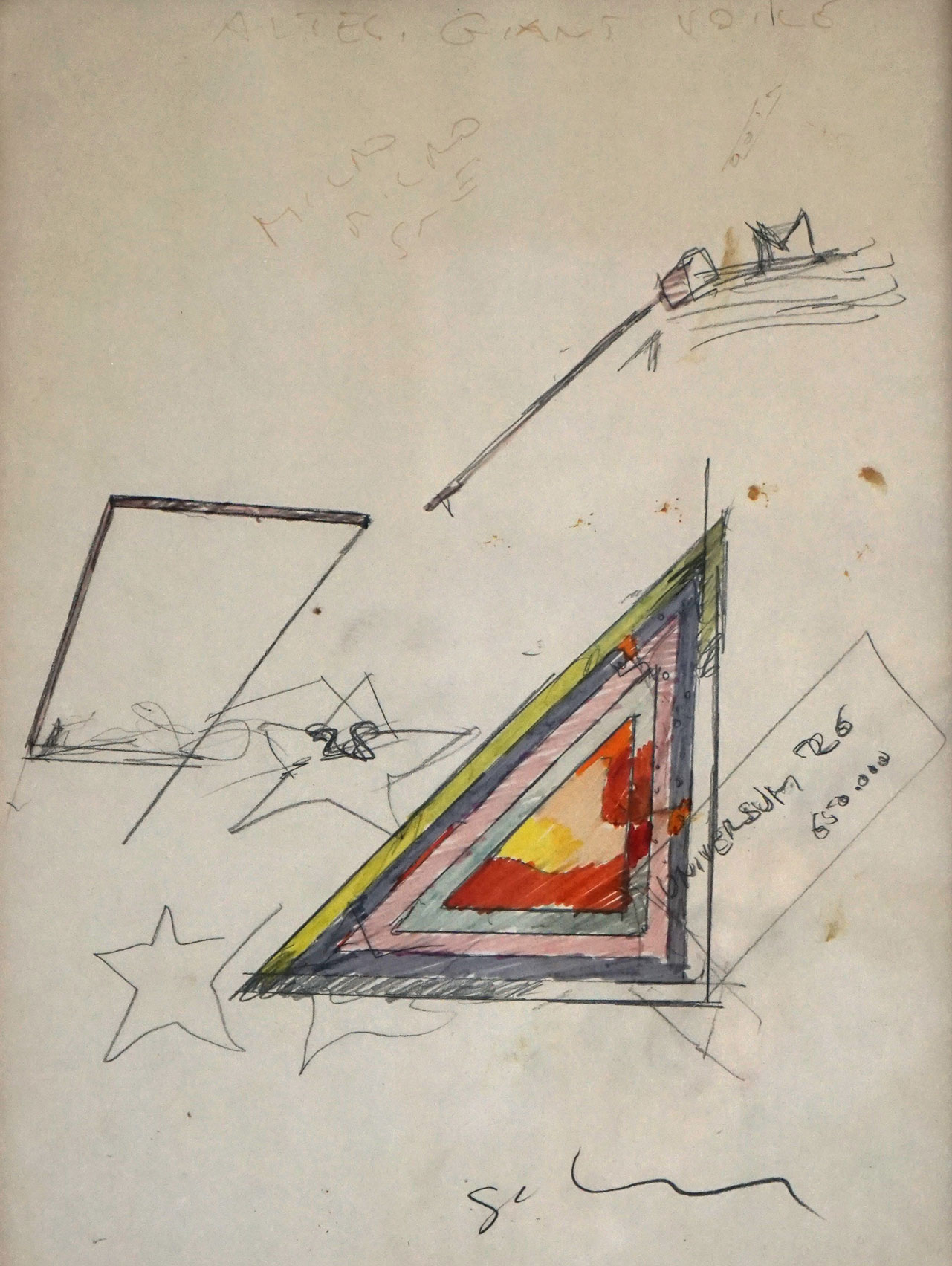 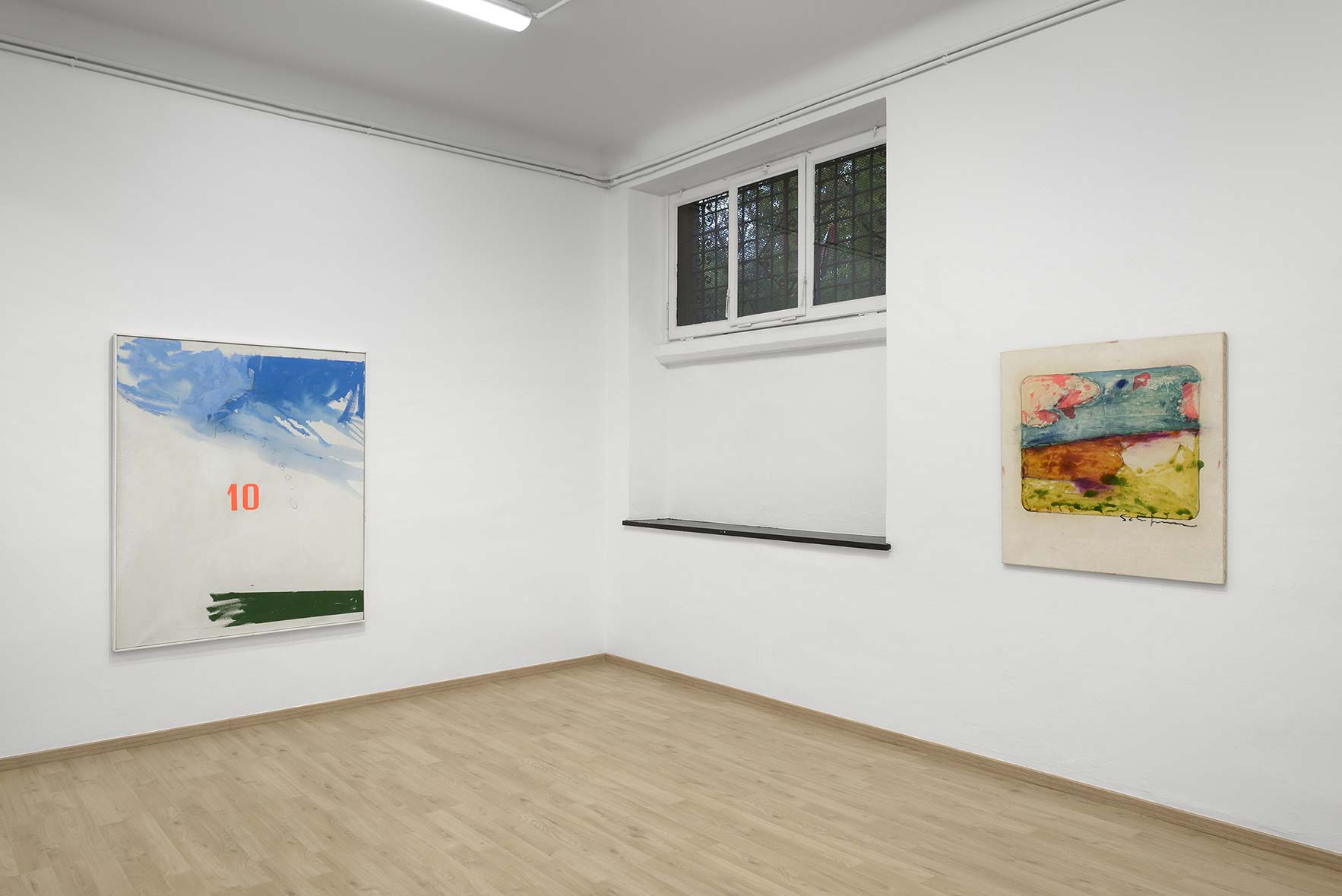 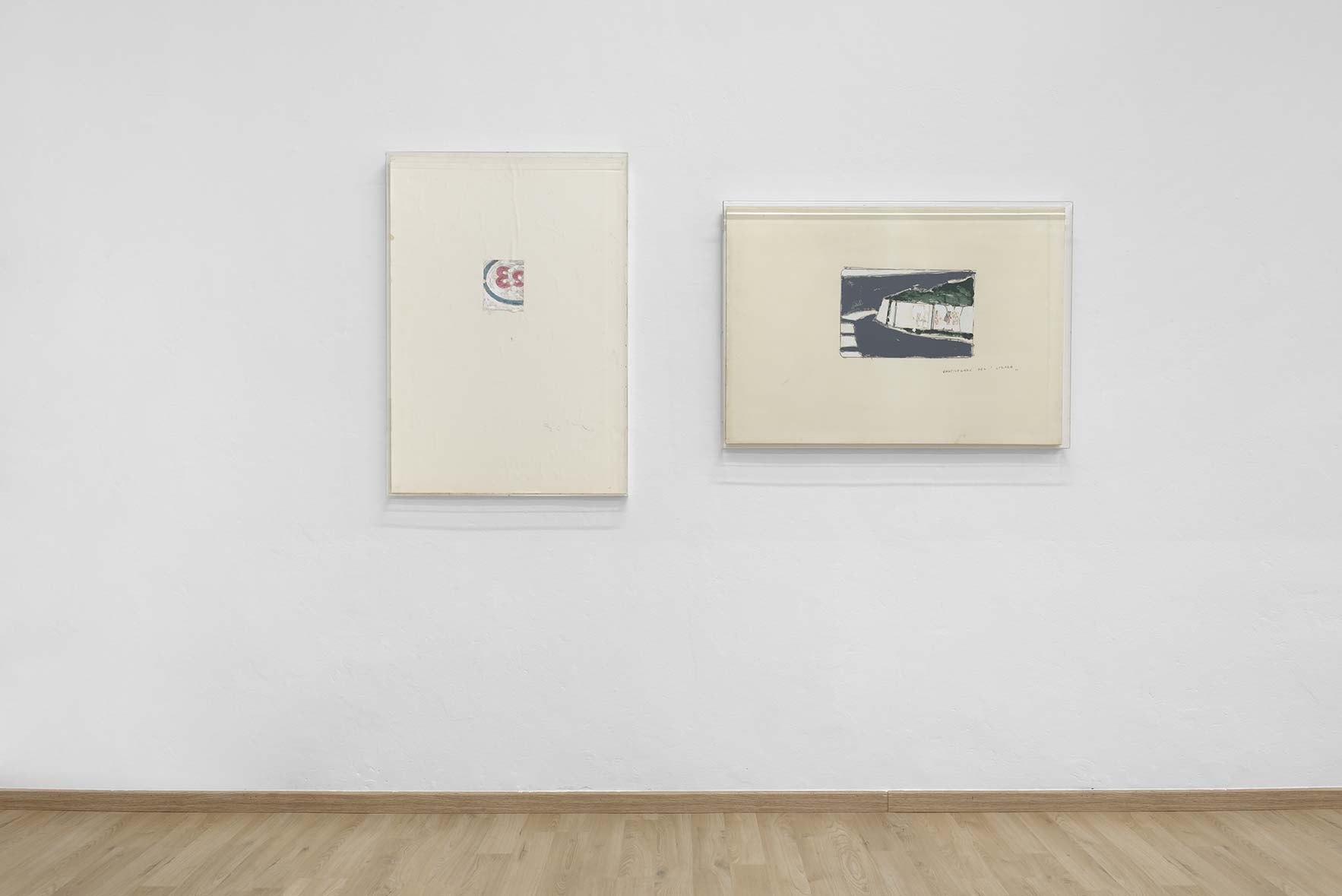 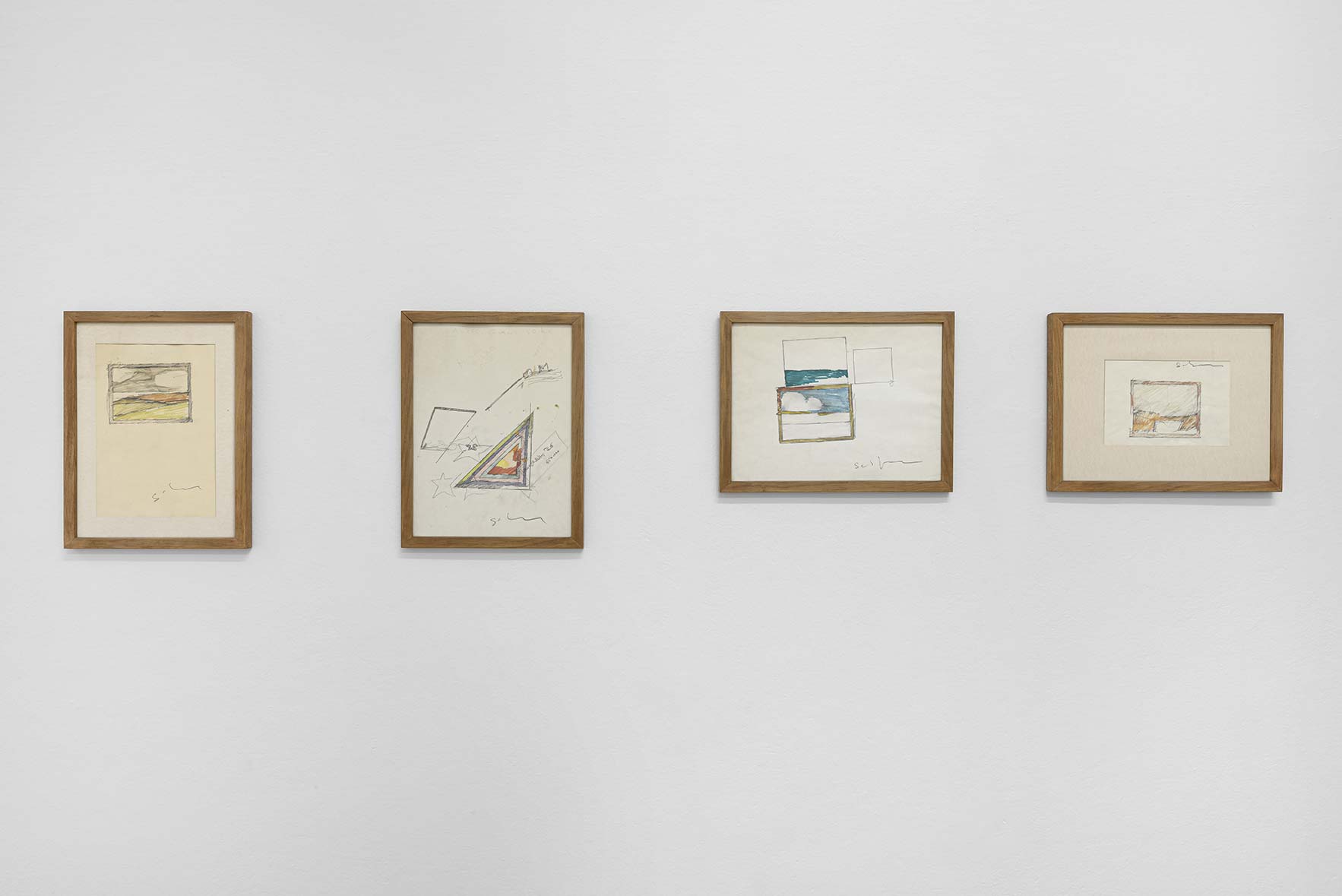 A.MORE gallery is pleased to present L’arte sono io, Mario Schifano’s solo show, from the 18th of November to the 19th of December 2020, in Milan, Via Andrea Massena, 19.

A.MORE gallery, whose focus is mainly on contemporary painting, could not fail to pay tribute in one of its first exhibitions to Mario Schifano, one of the most significant artists of the post-war period, who had a particular attention to painting, considered by the artist an art form able to capture the dynamism of contemporary culture. Mario Schifano has been able to revolutionize the pictorial language, creating an unprecedented one that has been the inspiration for many young contemporary artists.

In the Seventies, years on which the exhibition L’arte sono io focuses, Mario Schifano conducted an extensive pictorial experimentation that led him to work with different materials and techniques, and to deal with different styles. The decade that the exhibition highlights is characterized by the most exciting and intense artistic production of the artist, in which he has revolutionized the concept of painting in those years in which painting was considered obsolete by many.

Among the works on display there are the work Particolare per strada (1962) and a large Paesaggio Anemico of the Seventies, in which the deconstruction of descriptive elements is perfectly recognizable, good example of the works that the artist realized in the Sixties and the Seventies as a new form of contemporary landscape painting.

The figurative and chromatic elements are then reintegrated, but always with a peculiar and unique vision that only Schifano was able to realize, in the works of the Seventies and the Eighties exhibited in the show, such as Palma and Gigli D’Acqua.

What is most fascinating about Mario Schifano’s personality is his contemporary vision of the past considered by the artist “a discovery, not to be thrown away but to be recovered” in order to reach the new, the contemporary.