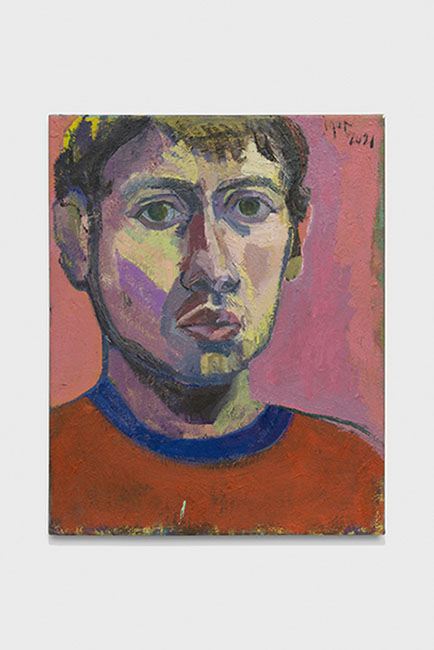 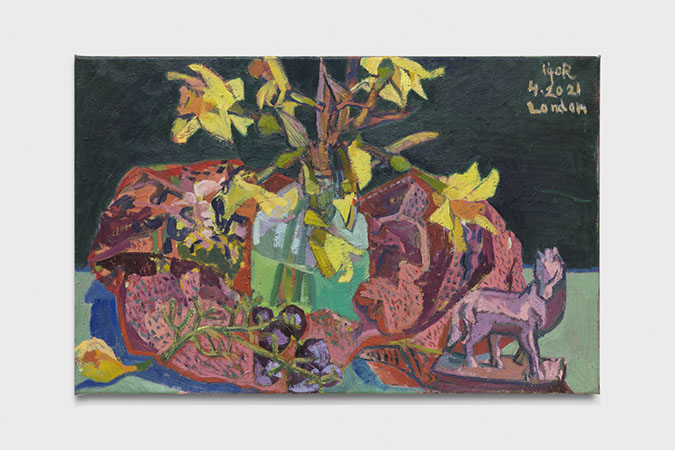 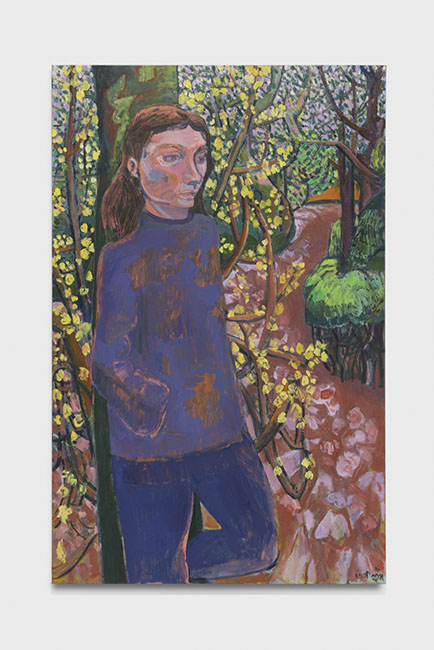 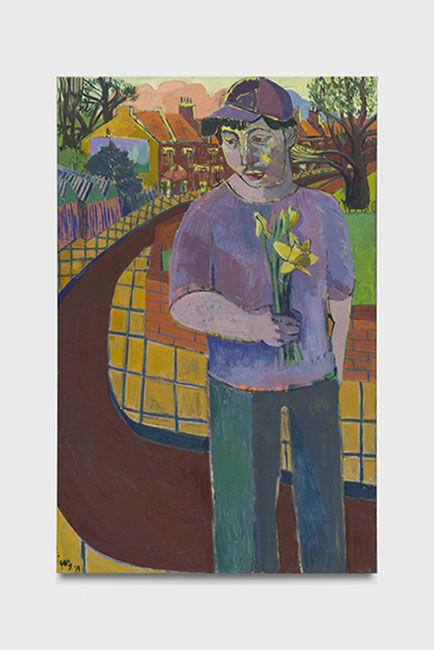 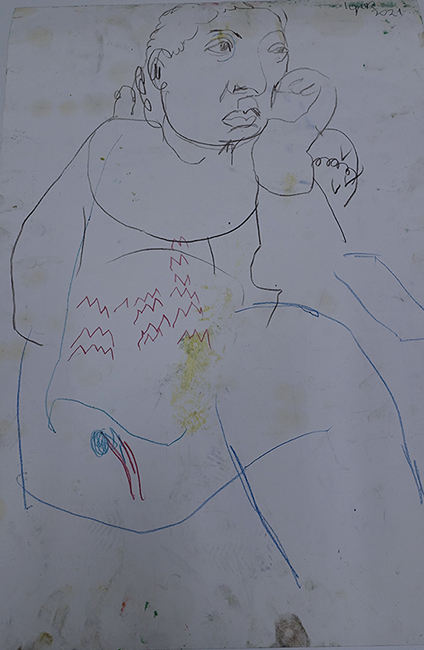 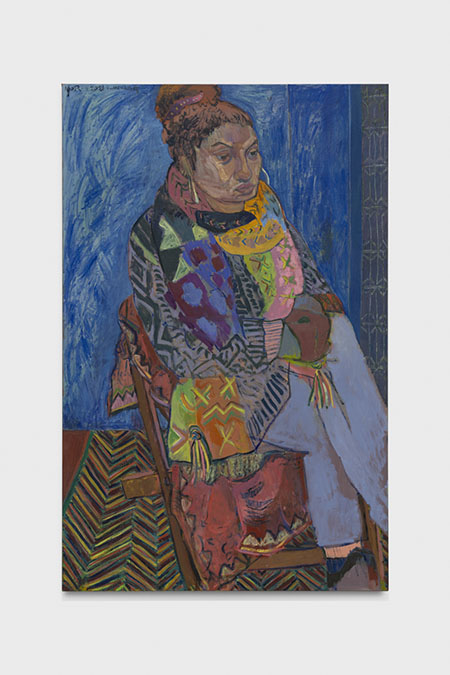 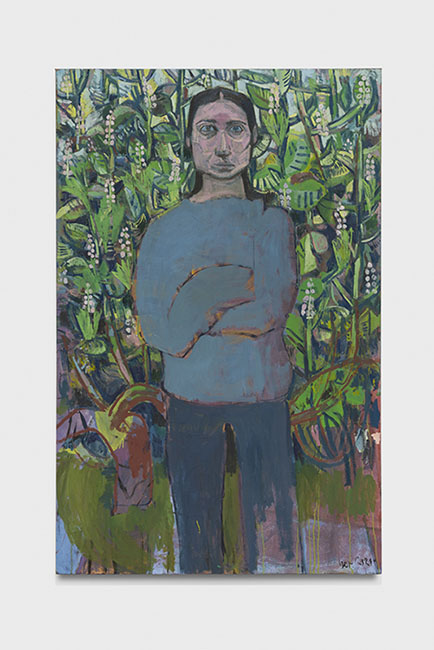 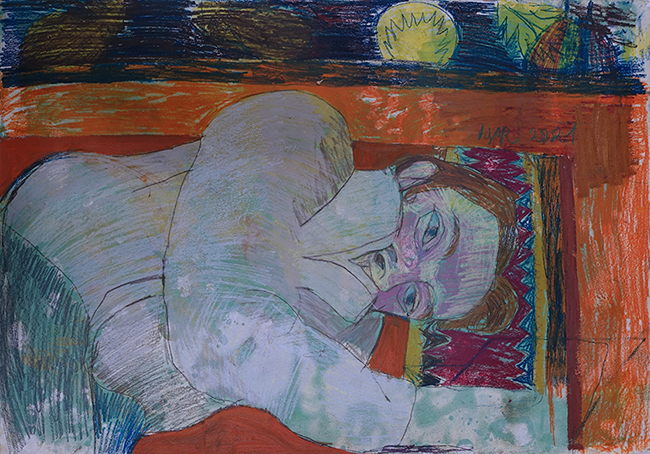 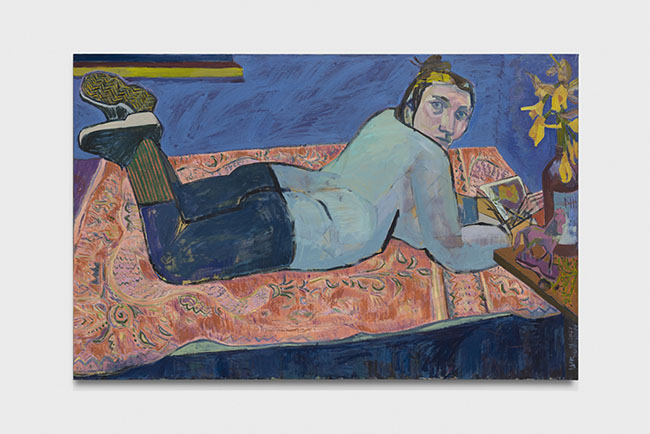 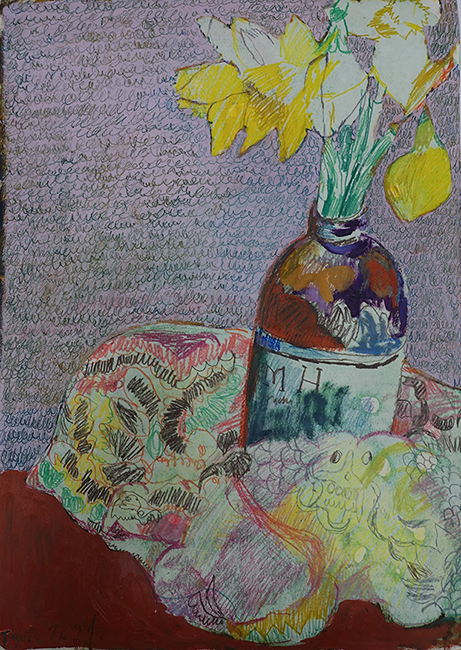 Daffodils, grapes, and wooden horses - Opening 5th May 2021 - Visits are by appointment only. 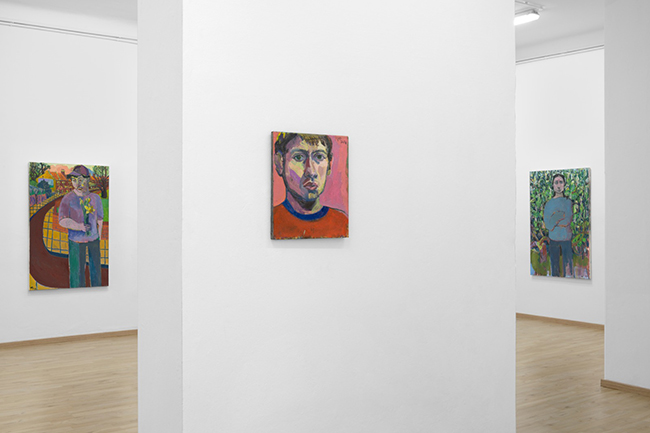 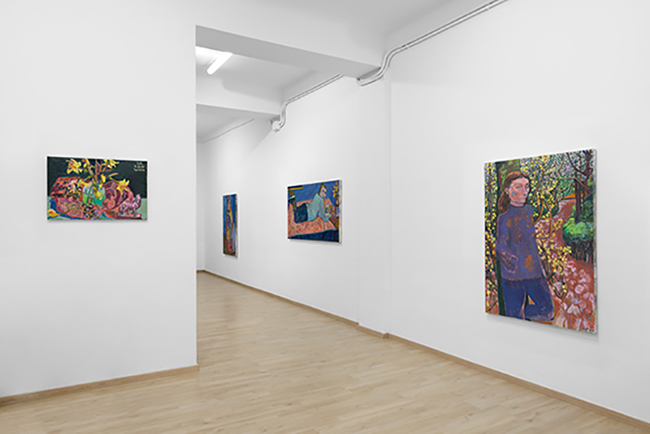 A.MORE Gallery is pleased to present “Daffodils, grapes and wooden horses” the first solo show in Italy of the young artist of polish origin and resident in England, Igor Moritz (1996), with a critical text written by Domenico de Chirico.

The silence as first word or as word before word is what clearly resonates from the tangles of color made by Igor Moritz. It is a fleshy silence that lives in and out of the line, inside the eyes of the character represented, inside and outside their mouth till whispering hums outside the canvas. A silence not as result of shut down, but a powerfull silence that through the not said, actually say something, and mention the depth of everyday sensations.  A “signifing silence” as the french philosopher and psychoanalyst Jaques Lacan would say as opposition to the word intended as “obituary of thought” according to the sayng “disheyelled” by the polish writer Stanisław Jerzy Lec.

An “unsaind” made possible by the cromatic gesture where the painting act prevails and dominates. For Moritz is like as if the word is loaded with color, like as if there is a gradient continuity between the language of those he has depicted, the air around them, the enviroment that surrounds them, the unspoken words from that language, everything is filled with significance and everything is eloquently in its pause.

The portraits by Igor Moritz flirt with mimesis, play with perspective, the color scheme and the shape, making turbolent and vivid the human emotions: every particle is been shaken. This way of observing and donate the reality is a real path to unicity. A unique and unrepeatable moment is consumed before our eyes, the final aesthetic result, by the artist vision of an event, is given in the unmistakable fullness of that specific silence, and not of another.

The table that supports the same daffodils, grapes and wooden horses, wouldn’t be the same is depicted in another time, because his silence would recall different variants and different dynamic.

Moritz uses masterfully the color, he transforms the space by altering its prespective and proportion by altering the figures, which are visibly loaded with silent pathos, in order to show that visceral and tumultuous harmony that elapses between their hearing and the wisper unique chorus of the surrounding word.