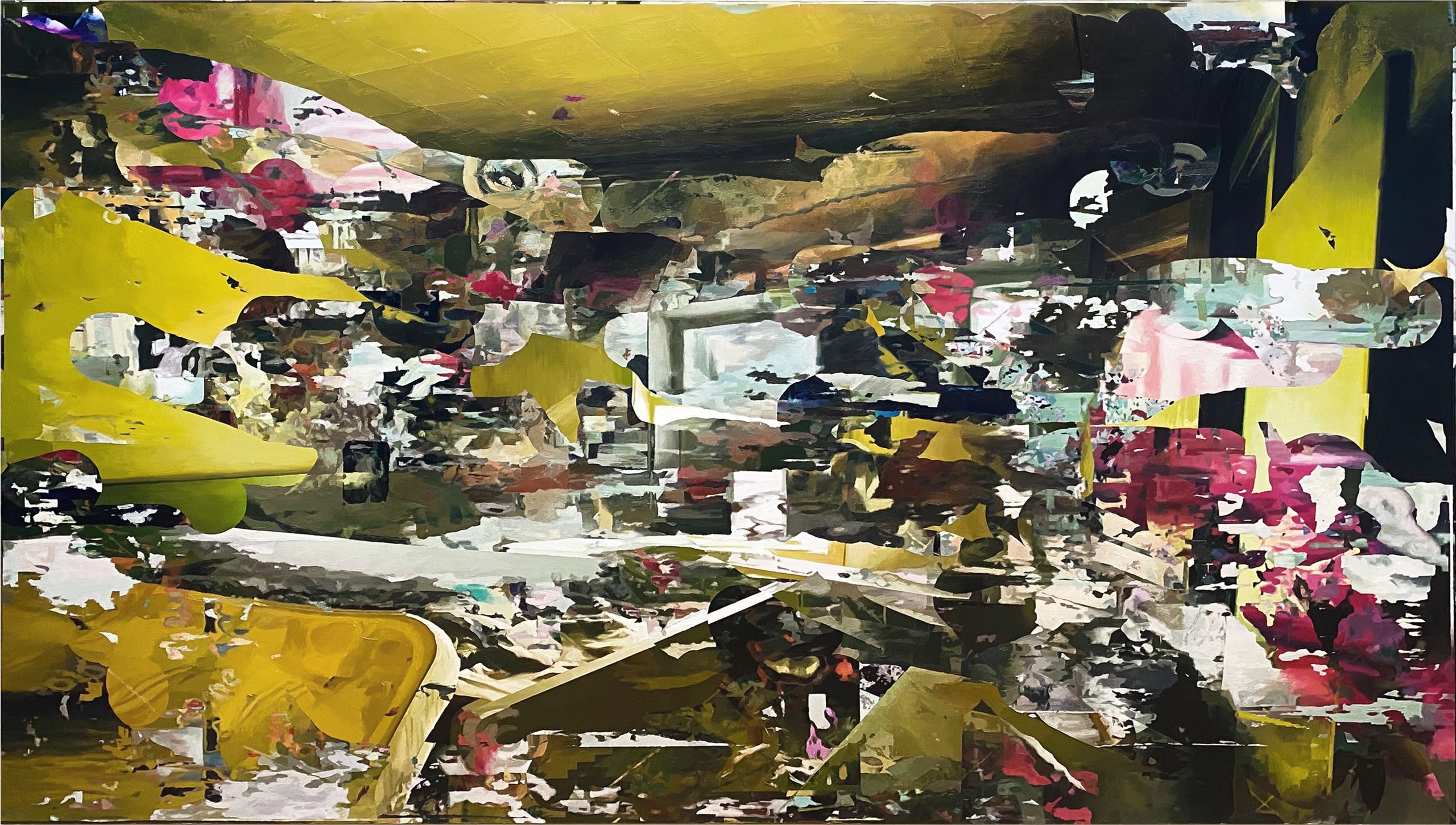 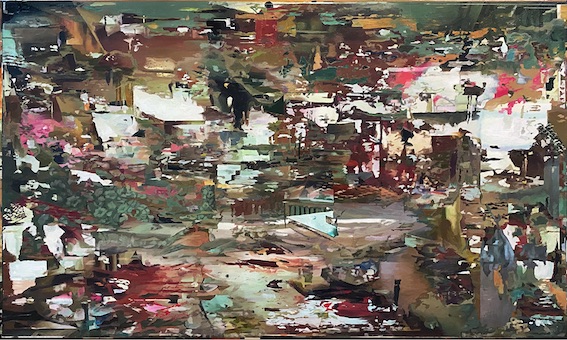 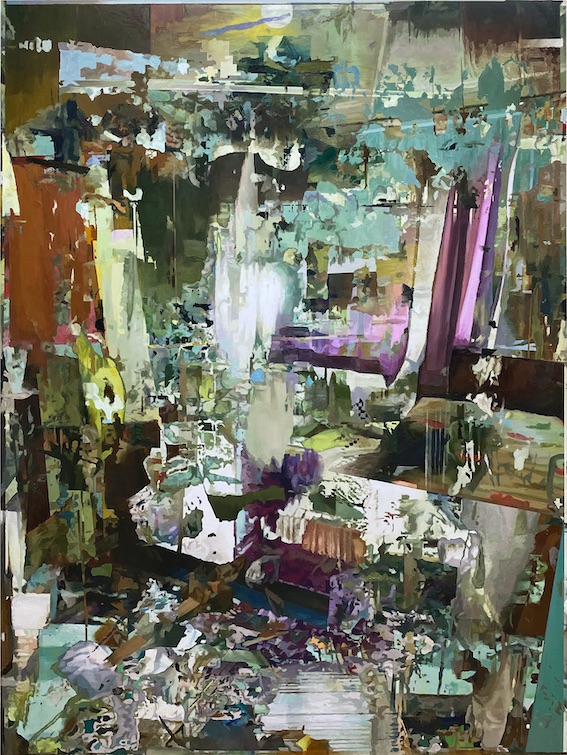 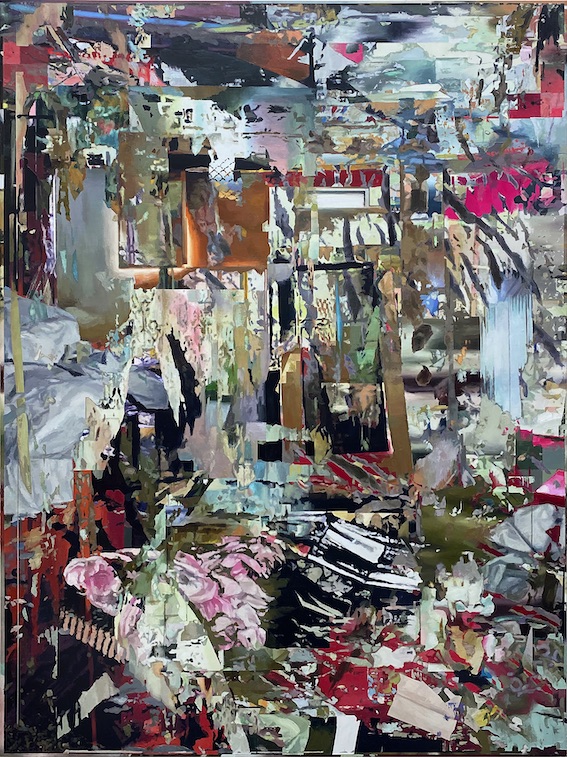 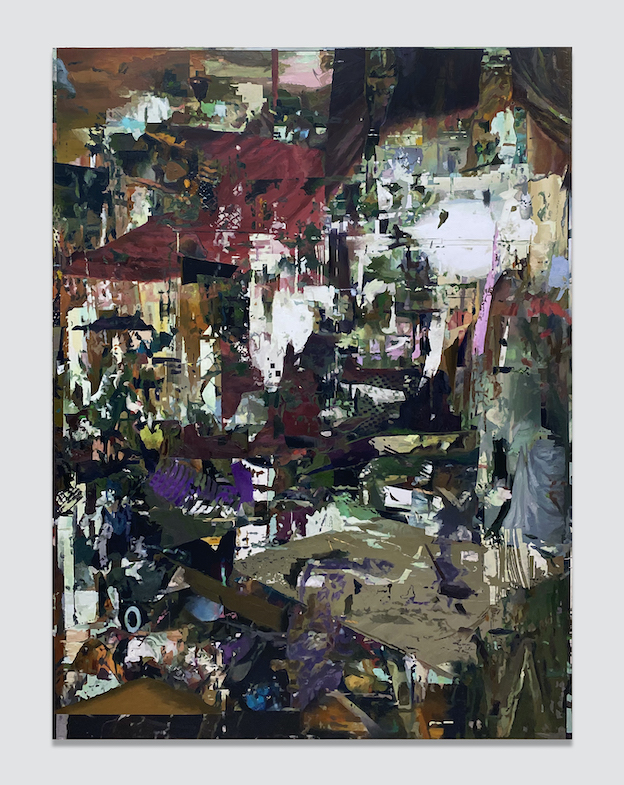 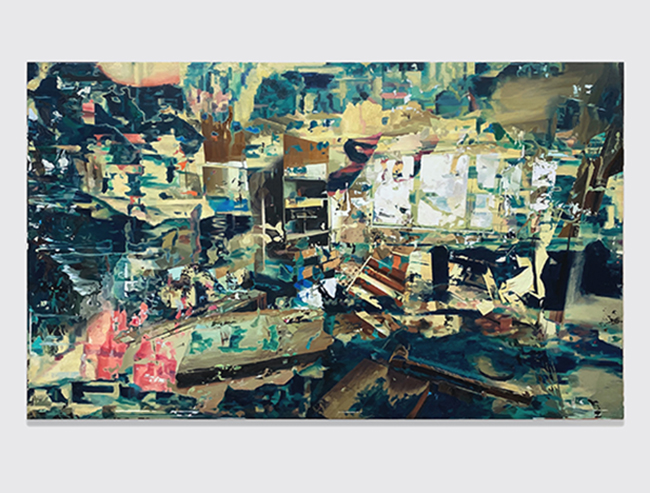 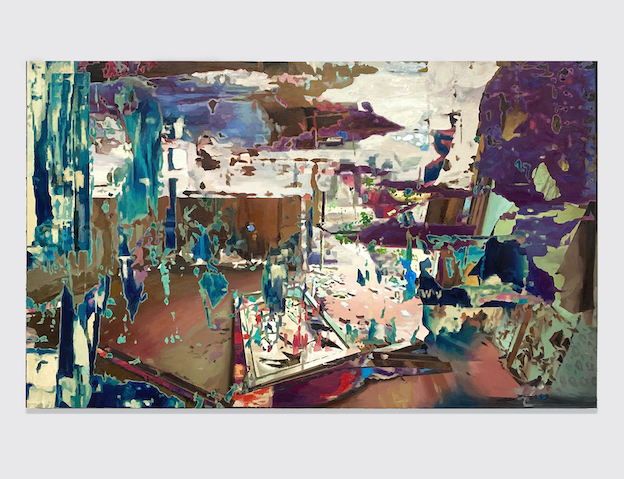 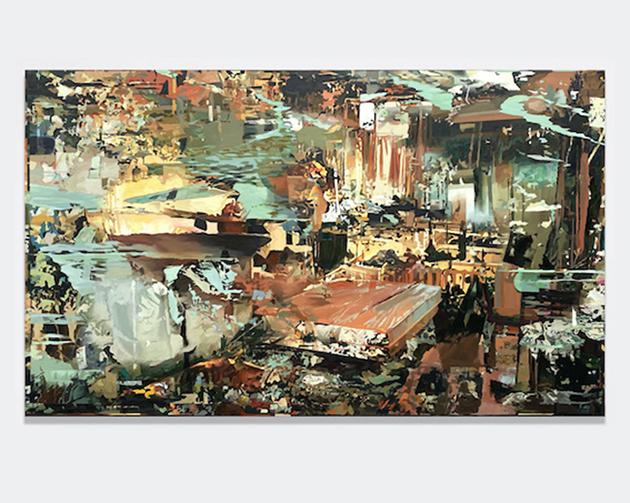 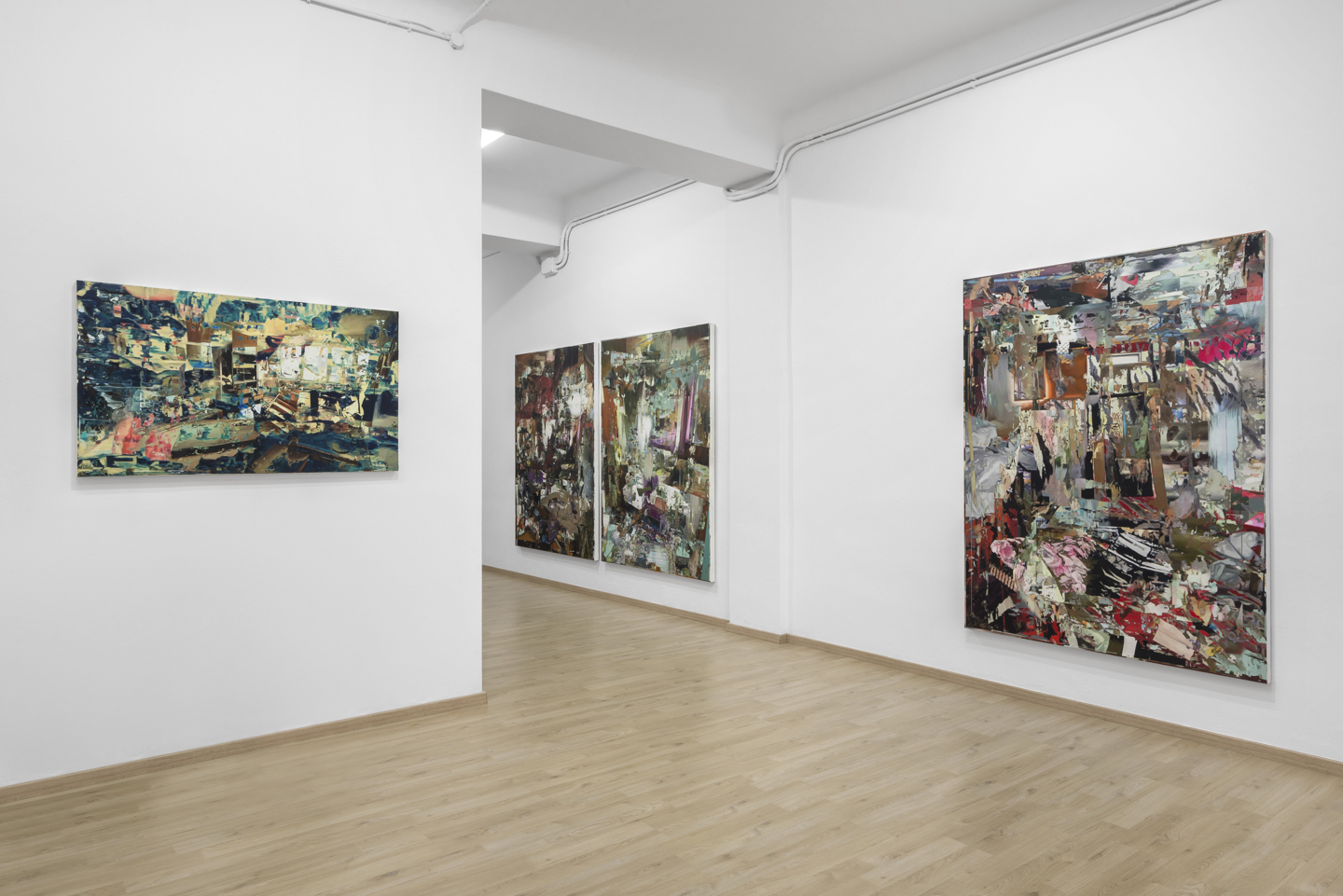 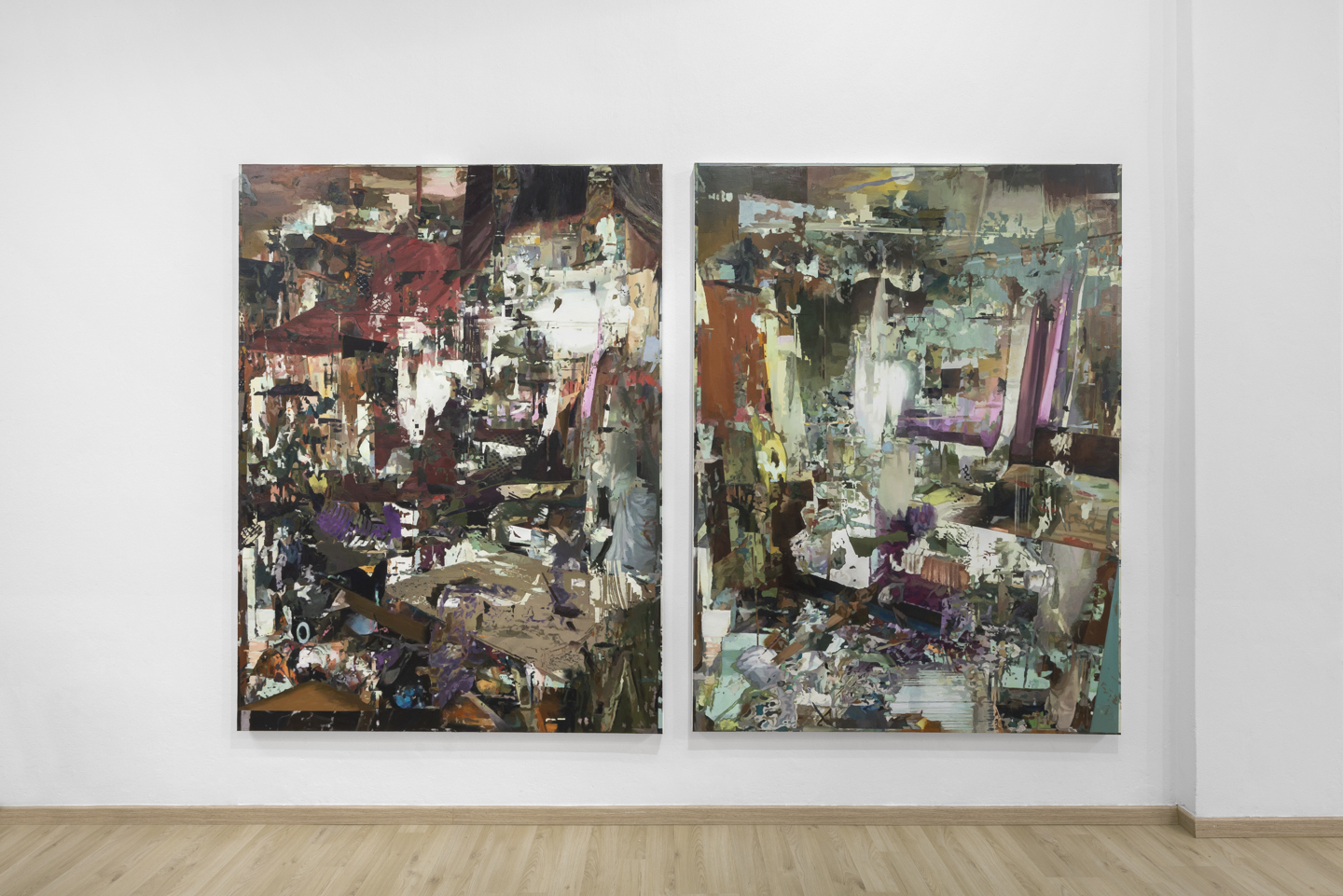 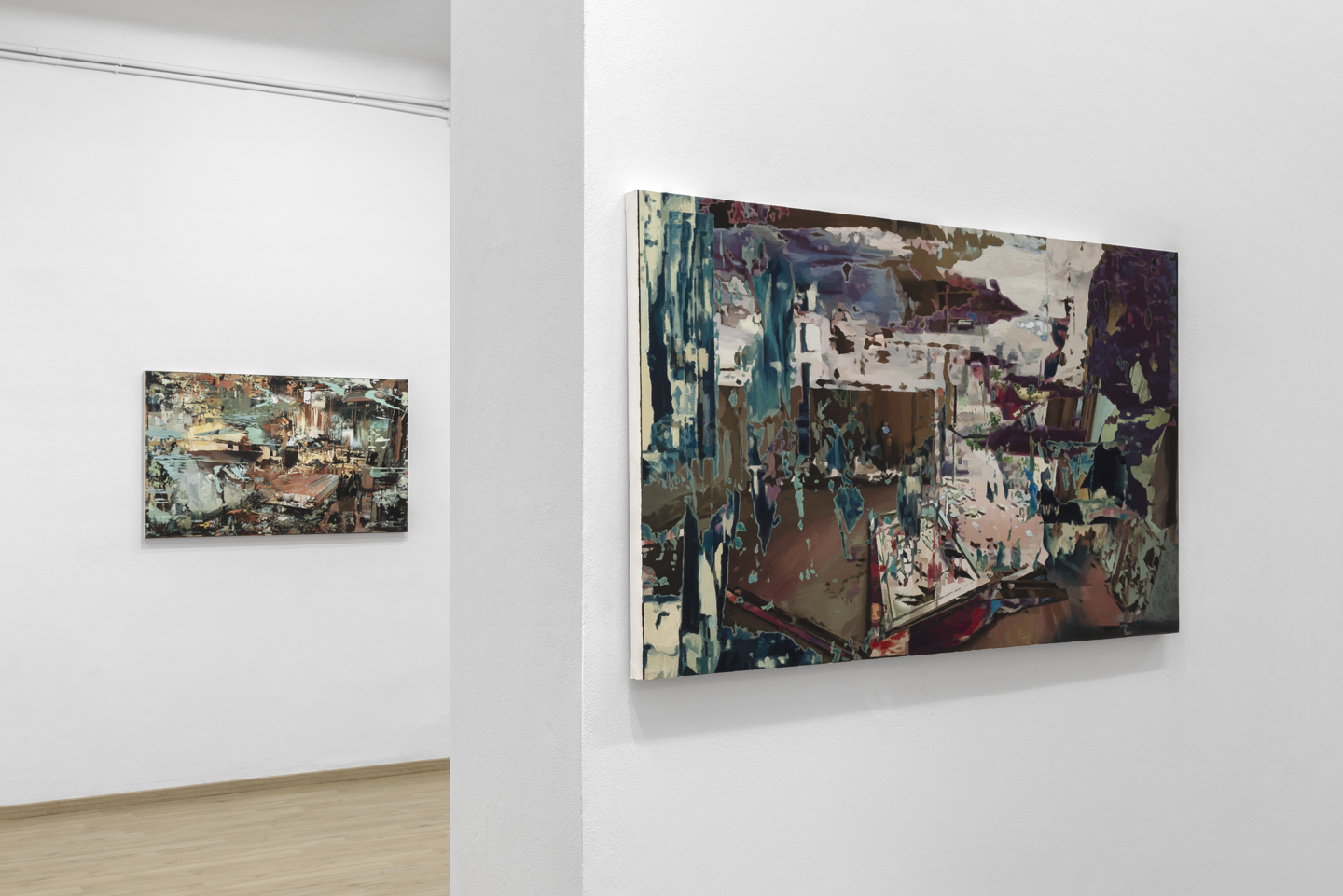 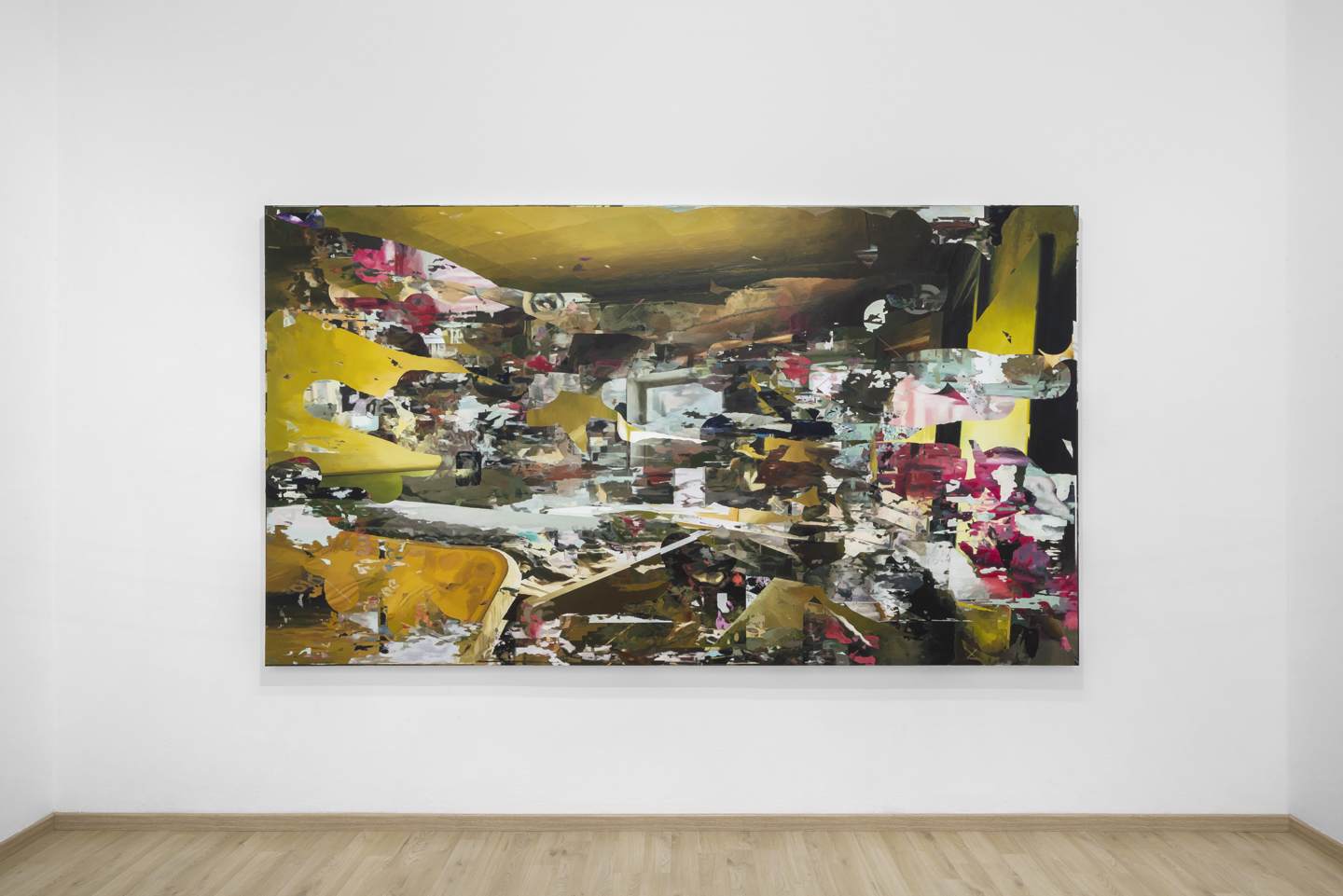 A.MORE Gallery, is pleased to present “Remove. RM”, first solo exhibition in Italy of the Russian duo Maria Sharova and Dmitry Okruzhnov – born in 1987 and 1984. The exhibition is presented with a text by Domenico de Chirico.

According to the German philosopher Martin Heidegger, the space is what makes space: the main trait of space is indeed the bare fact that it makes space. Through this tautological sentence, Heidegger wanted mainly to examine the position of the man within the space not just as a simple body, since what is mainly revealed is a concept ofthespace not as a container but as a dynamic force able of endless, heterogeneous and multiple states of action.

This fundamental aspect of the space is radically present in the entire work of Maria Sharova and Dmitry Okruzhnov. By looking at their canvas, it seems to assist to a spatial multiplication of elements soaring on countless levels. The analysis of the space done by the two artists faces the matter not only on quantitative terms – the trait of the space to make space is exclusively of atomic/quantitative nature – but, also, on qualitative ones.

How a space thought in its totality can be represented? Stemming from this question, the various levels mentioned above are developed, in a delicate and tangible way in the works of Sharova and Okruzhnov, that is: space stratification and the consequent impossibility of finding the depth of the artwork itself; incomplete acceleration of elements from their spatial explosion, binomial relationship light-dark solved by the victory of the light as an element of spatial emanation, spatial hybridism given from the permeation of the virtual space with the real one and transformation of space into history so that the space is represented by the two artists, here and now, as a temporal space which in its evolution leaves behind pieces of its past.

The surprise of such a deep research is even more evident when considering the spontaneous flow which led the two artists to develop so much dynamism in few meters of surface. In fact, they say that they just paint what they observe everyday, what makes their daily life.

However, there is a further step in this last batch of artworks that stretches the research of the space to its limits, that’s the incessant dialectic between filling and empty. This is a liminal dialogue that touches deep perceptions similar to the discoveries done by quantum physics. And it is in this way that Remove.RM donates the space where the image happens, giving away and taking away, showing the spatial container and swallowing up it in Internet, distributing particles of the real that have aspects of the virtual and allowing that the disintegration of something becomes the creation of something else, placing the flow of the being not as an aspect of resignation but rather as an exciting dynamism.

We thank Stefano Manzo for the support on the realization of the exhibition.