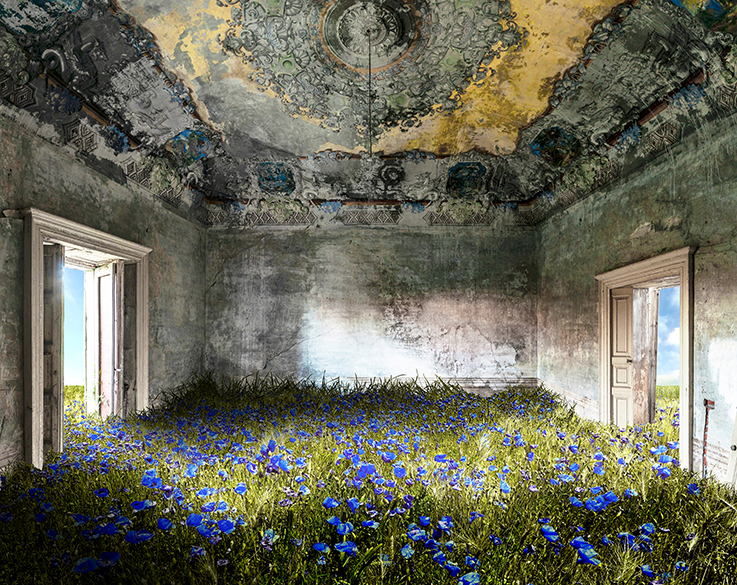 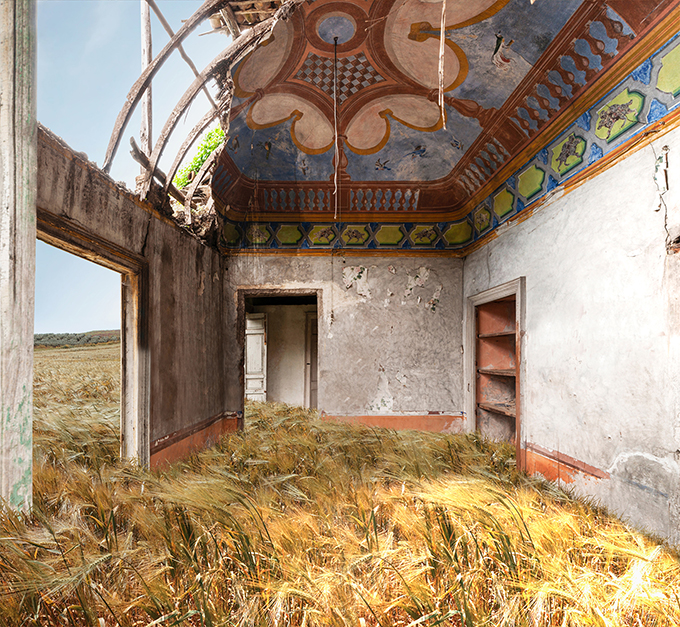 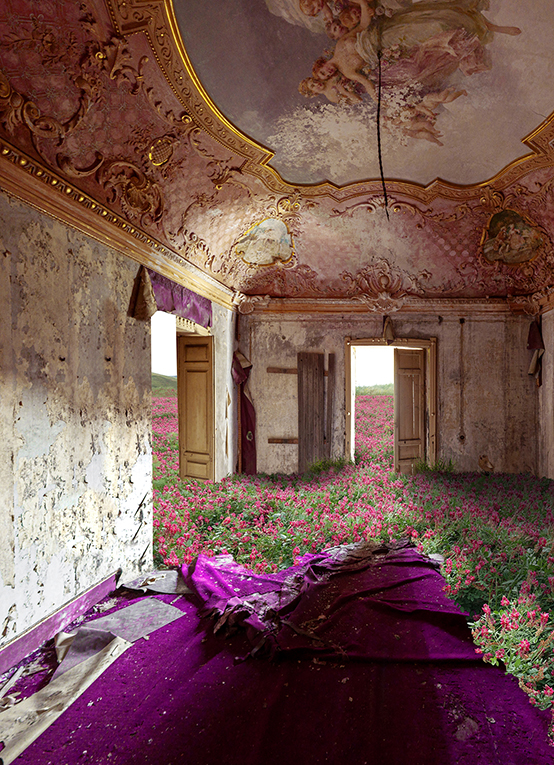 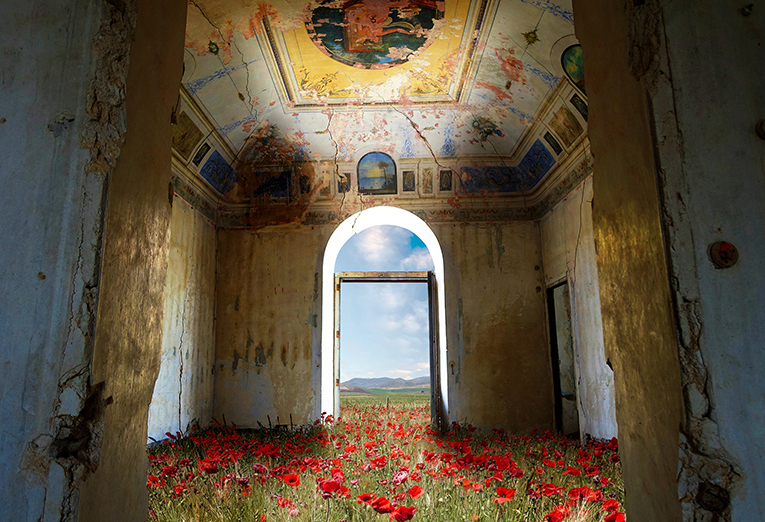 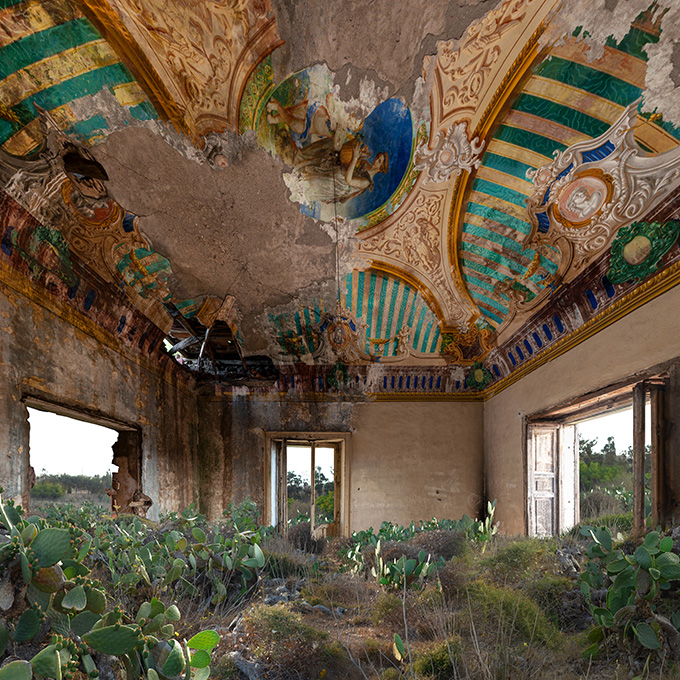 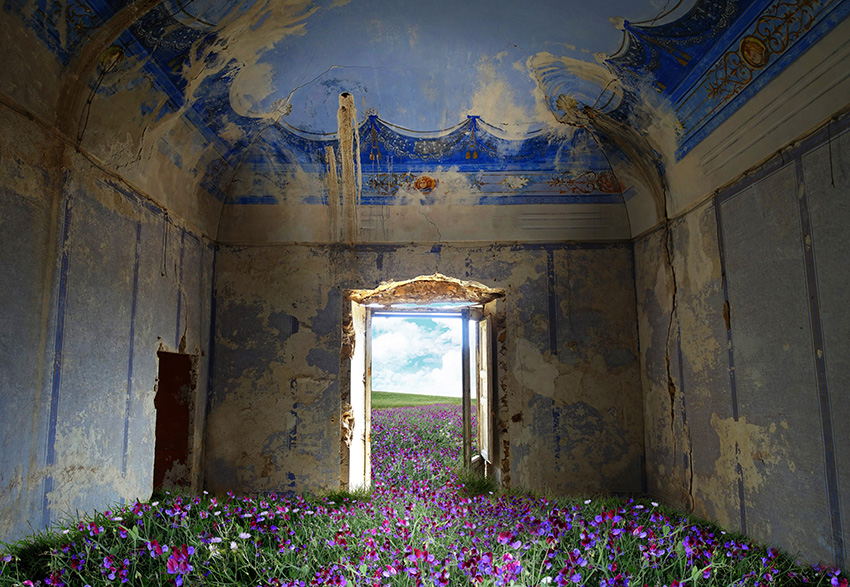 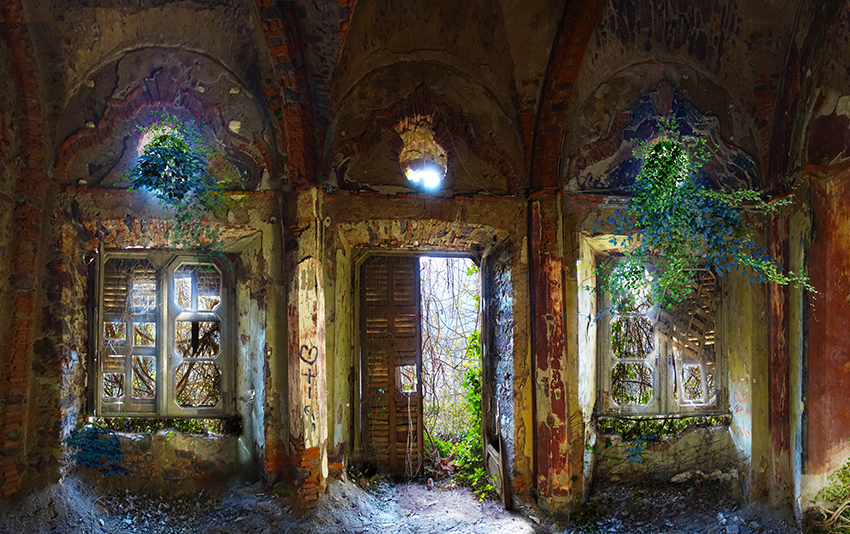 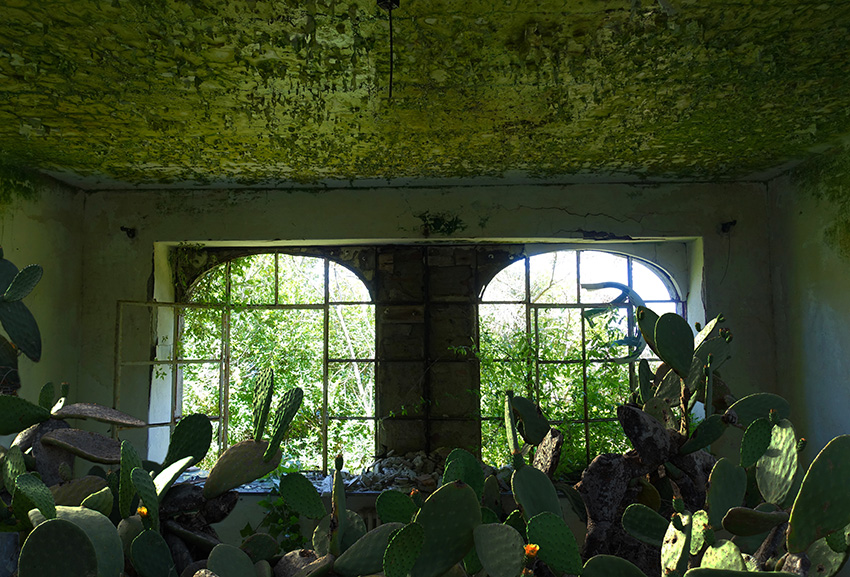 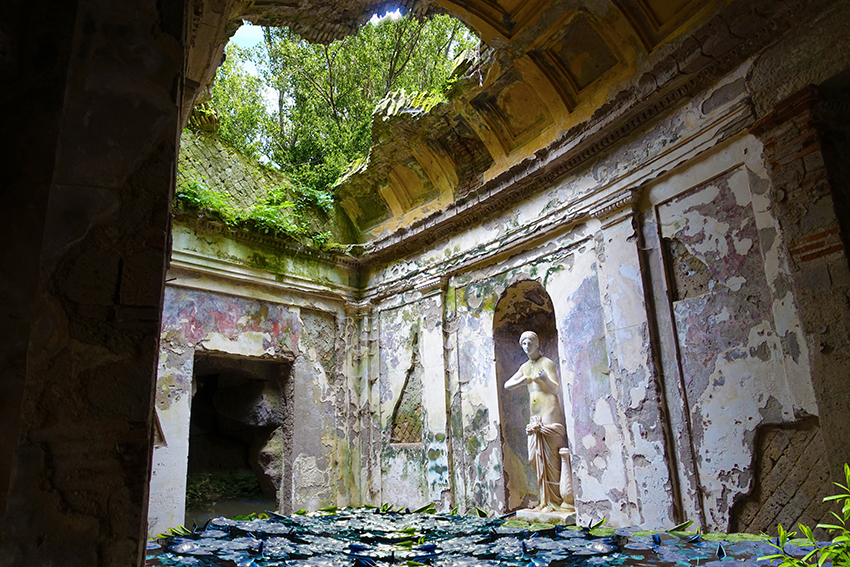 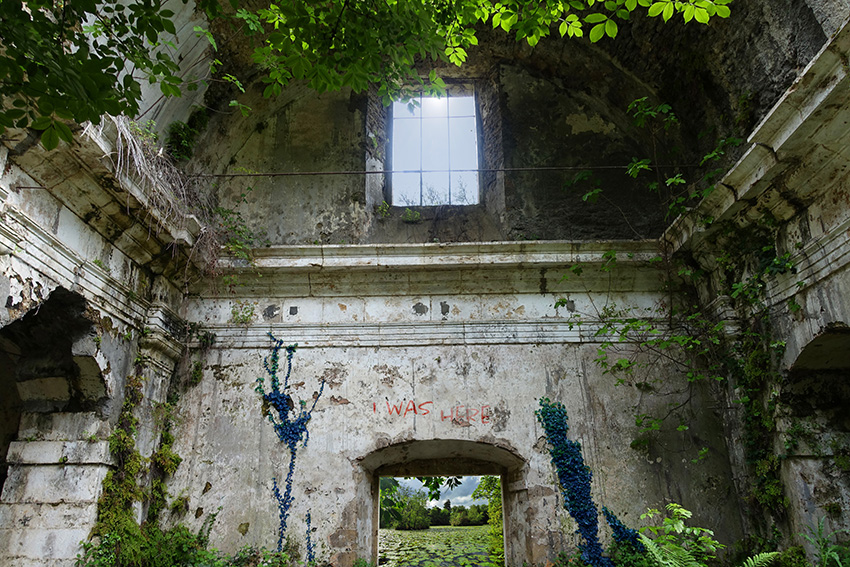 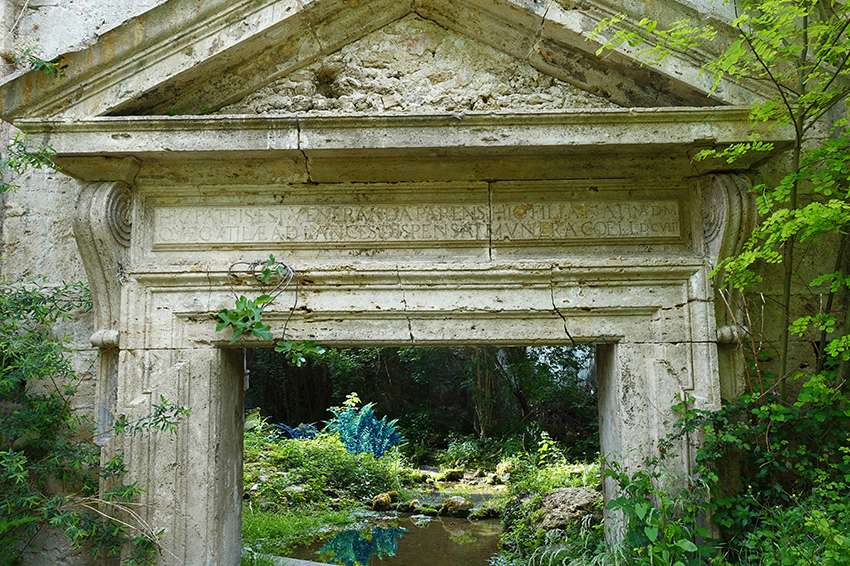 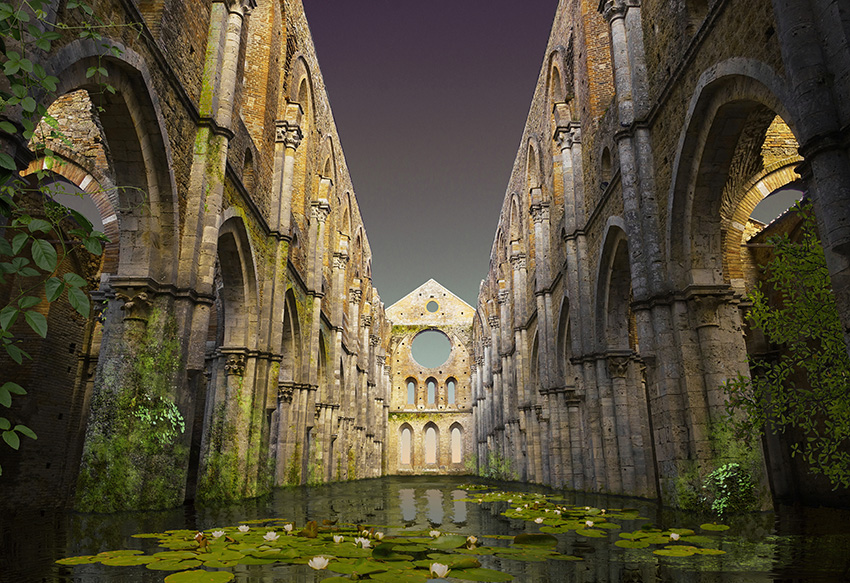 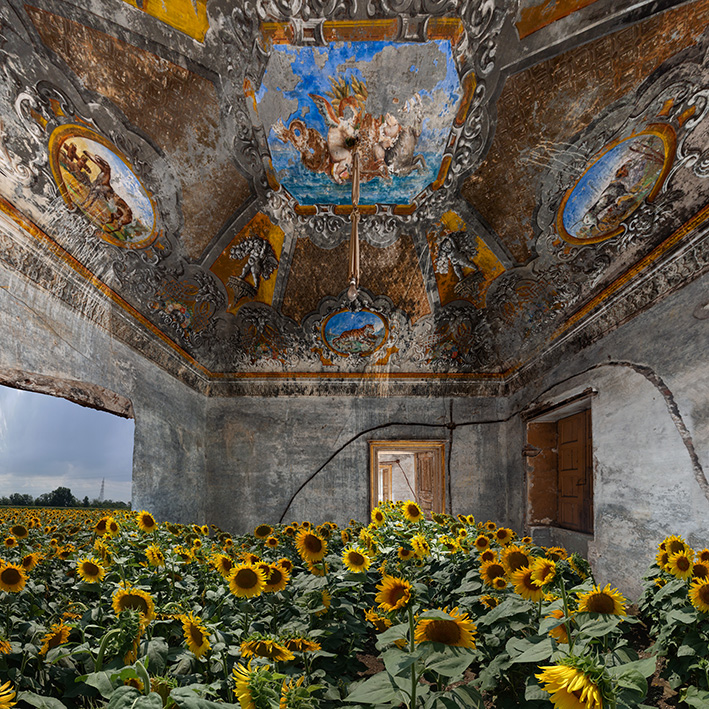 The tiger and the sunflowers, 2021 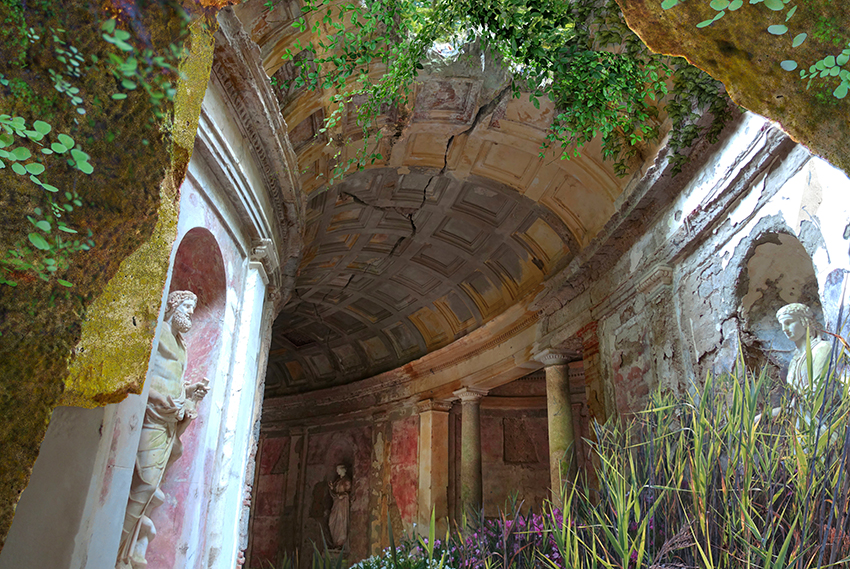 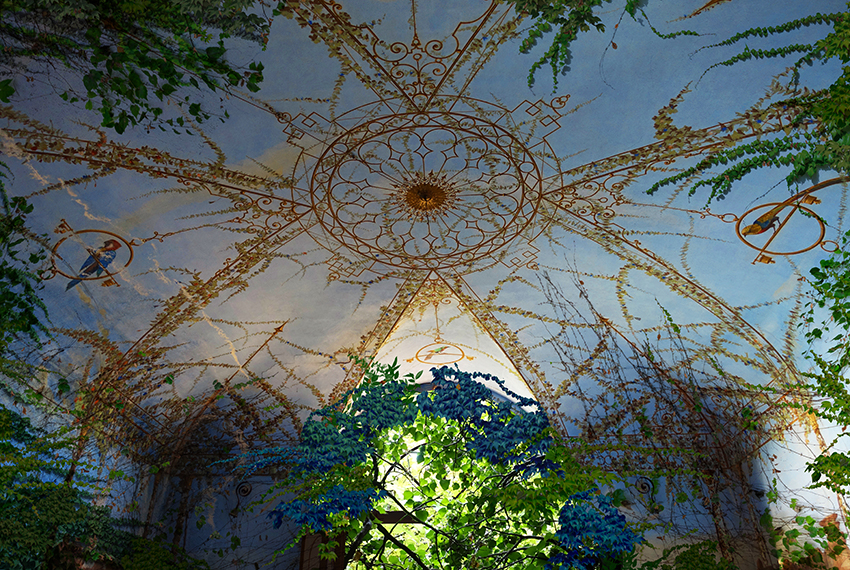 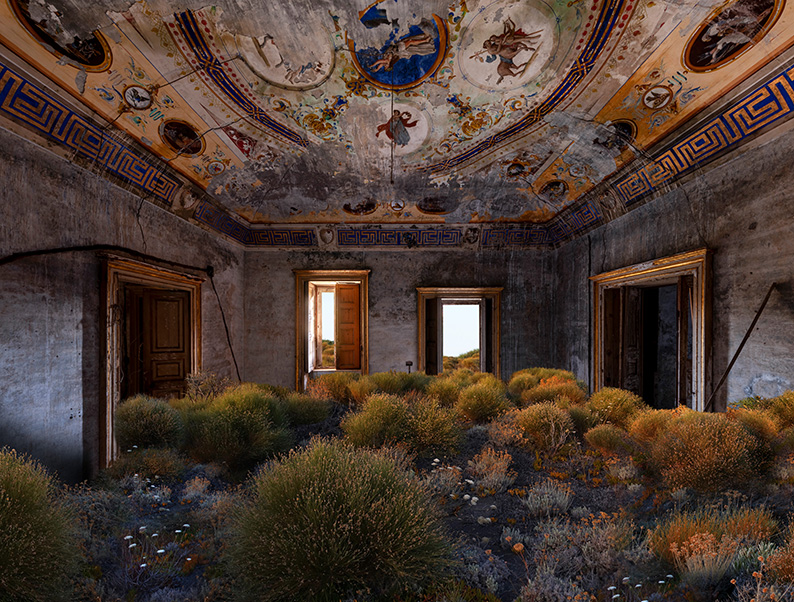 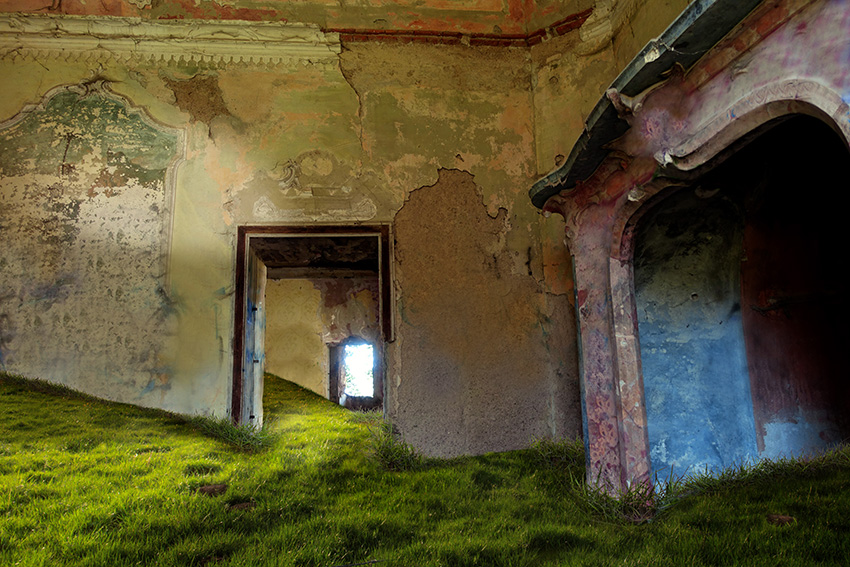 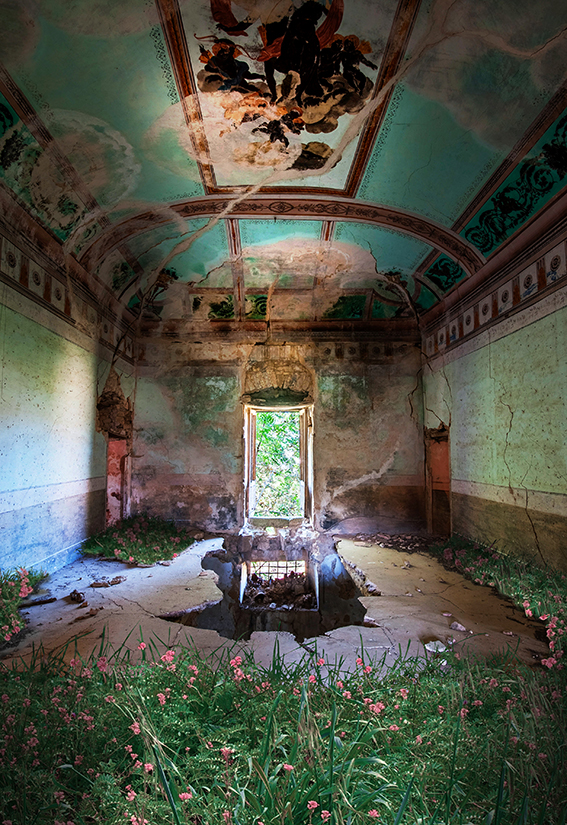 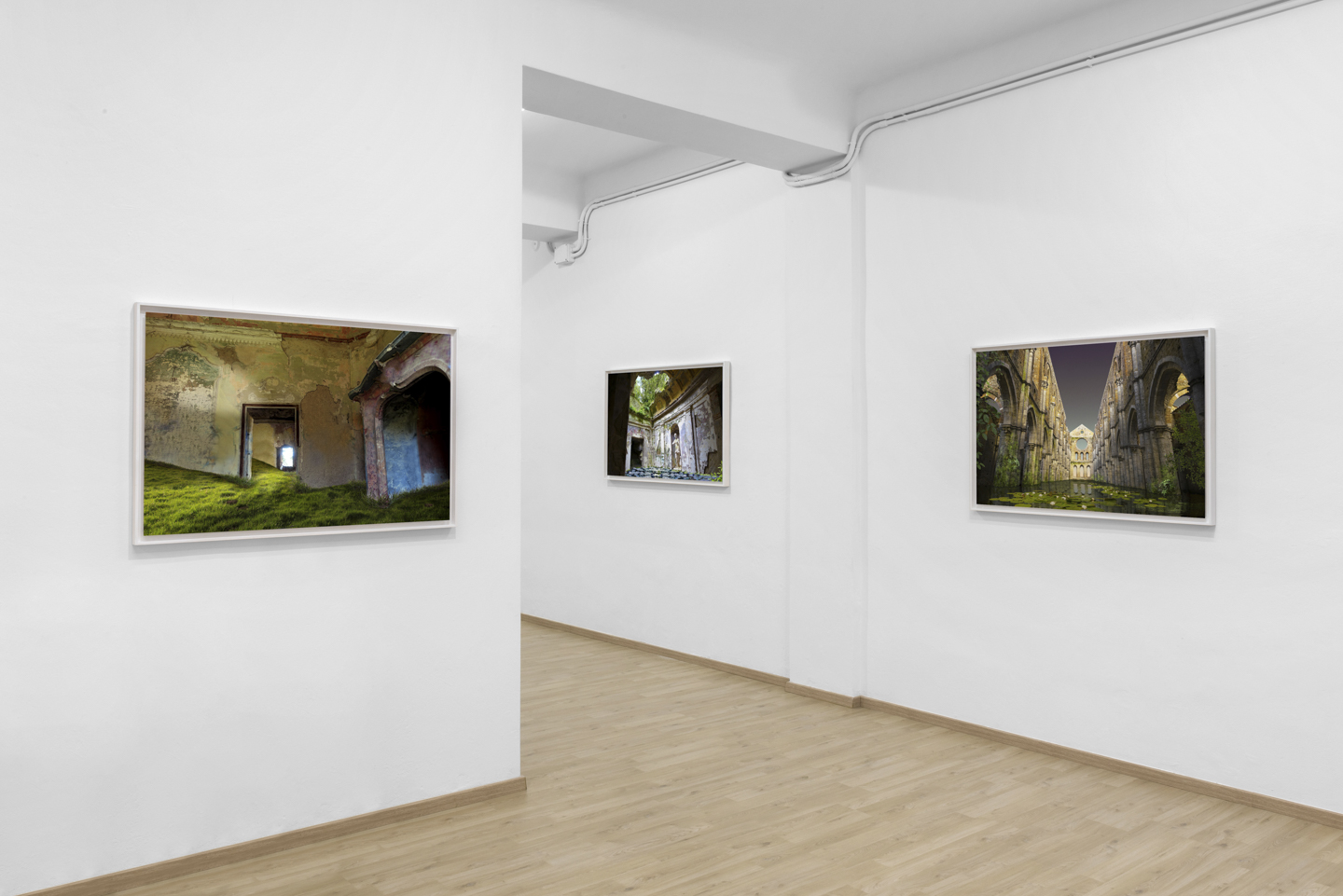 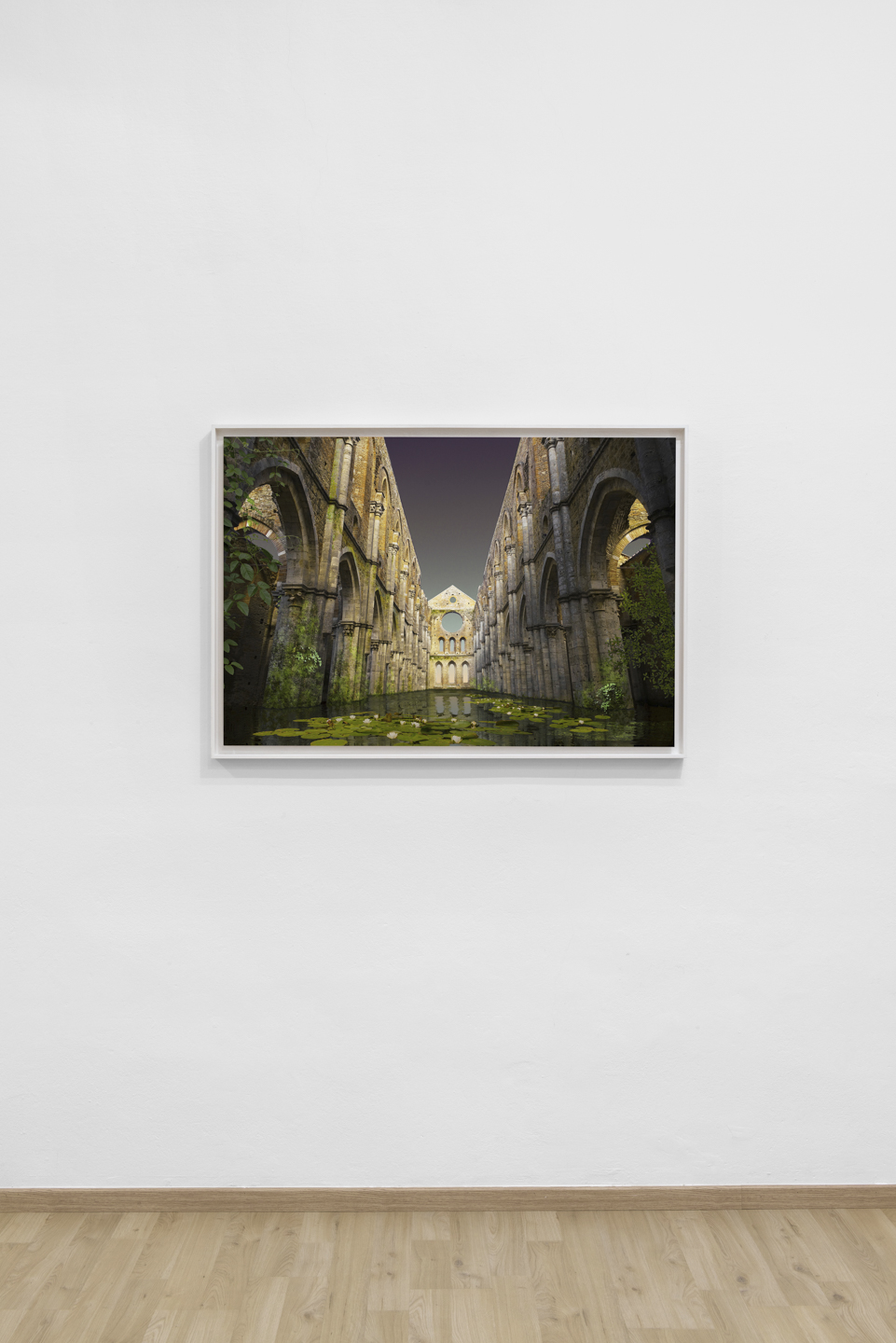 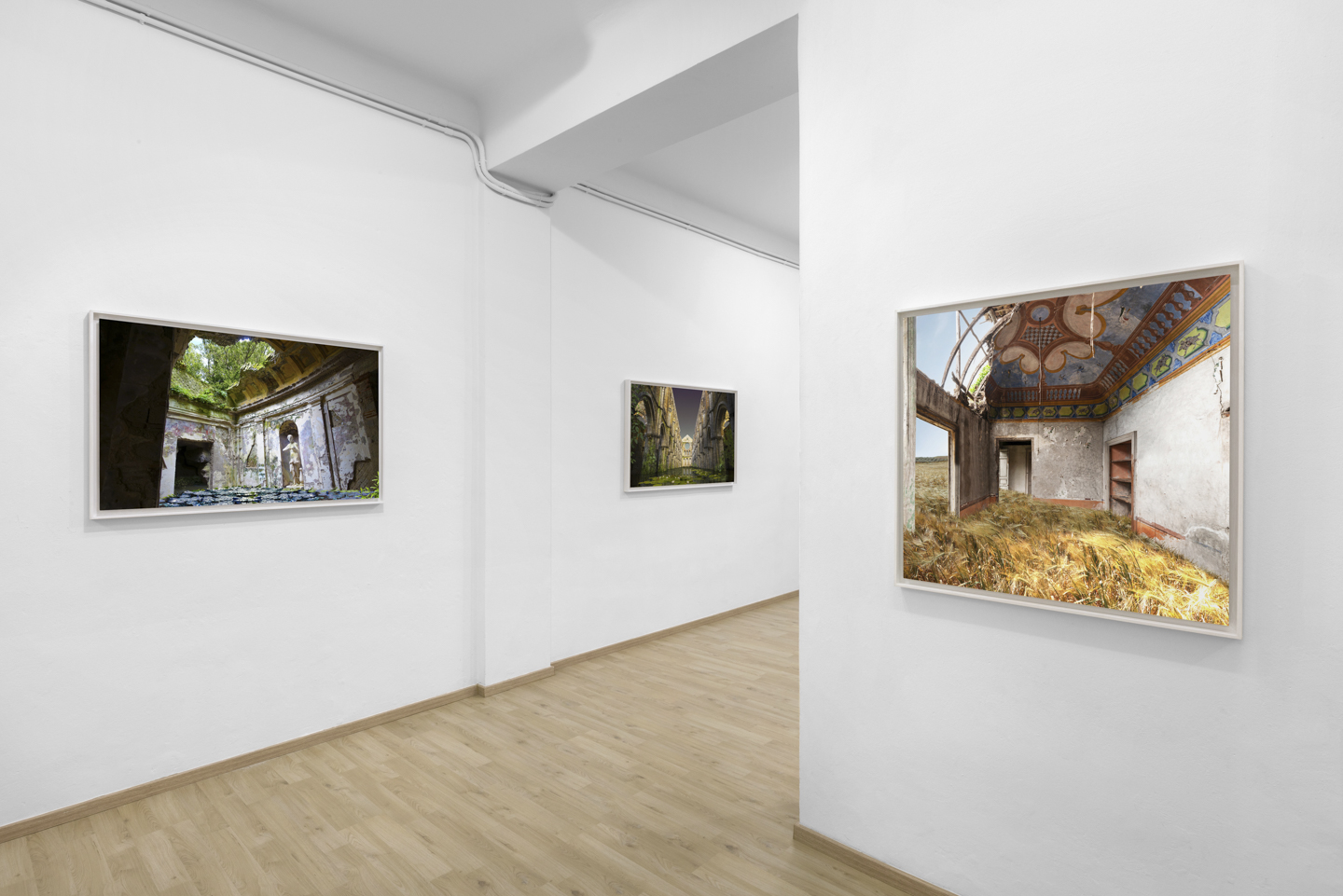 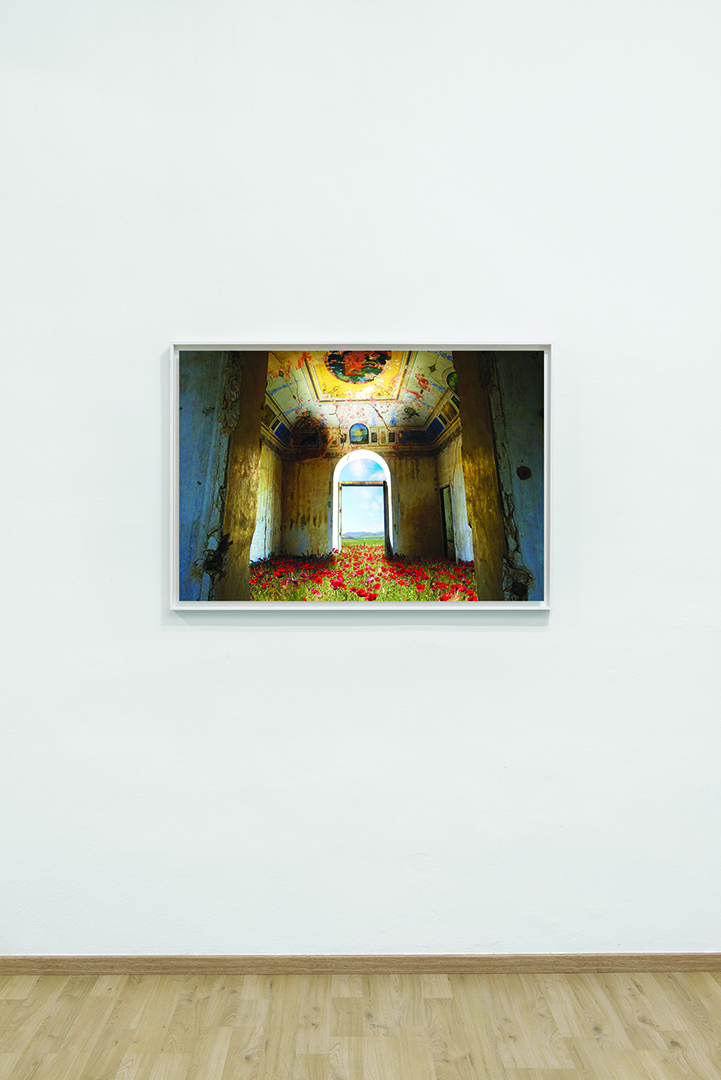 Aldo Salucci – On the Nature of Things

A.MORE Gallery is pleased to present the solo exhibition “On the Nature of Things” of Aldo Salucci, curated by Domenico de Chirico.

The works in the new cycle of photos entitled “On the Nature of Things” by Aldo Salucci, Roman by birth but Milanese by adoption, masterfully imagine an autonomous, future scenario. A possible future that, as such, may already be appropriate in the present of isolated, forgotten places where man’s presence is alluded to but in the past, where nature has re-appropriated its spaces, thus confirming its indisputable key position in the totality of reality. The dialectics emerging from these possible scenarios is anything but taken for granted and the Salucci’s spectacular images are wavering. What seems to be at the centre of the question is nature’s claim as creator even and of human action. Following its times and needs, it takes, removes and reclaims what has always belonged to it.

The result is an aesthetically harmonious and contradictory union, created from the complicity of vivid natural elements that insinuate their way into the nooks and crannies of ancient, half-forgotten places with the aim of originating a feeling in the balance between inherency and disorientation, reassurance and perturbance, nostalgia and fulfilment that, in turn, suggest in unison a questioning of pre- established manmade scenarios.

“On the Nature of Things”, a poem by Lucretius which has given the title to this new photographic series and otherwise known as “De rerum natura”, expounds the Epicurean theories on the reality of nature incontrovertibly supported by a “natural order” of things in a universe with an atomistic, materialistic, and mechanistic flavour. This assumption profoundly shakes the dialectic that Salucci carries forward in which alienated, visceral colours place the accent on the omnipresent and archaic impulse of nature to get the better of what it has always supported. Dialectics also impregnates time as the manmade chronological aspect is neutralised, nature responds to its internal logics and, in so doing incorporates, in an almost theatrical way that recalls the bright ancestral colours of ancient tragedies, what it was as what it was can’t be exempted from respecting the same laws and therefore adapting to them. Ataraxy, the last stage in man’s growth process promoted by Lucretius, rhymes with a completely contemporary wisdom, a reference to personal responsibility, an exhortation to mankind to understand current reality and acquire deep consciousness of our inescapable and intrinsic belonging to this world.